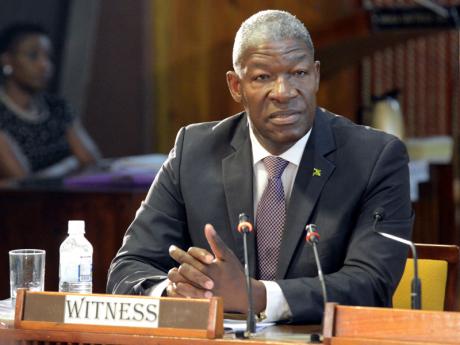 Former Commissioner of Police Owen Ellington is set to continue giving testimony before the Tivoli Commission of Enquiry this morning.

Commission Chairman Sir David Simmons said yesterday that he is expecting to get some clarity on what happened to the criminals the police had said were in Tivoli Gardens in May 2010.

He said he wanted to know what happened to those criminals who had not been killed, given that the police had said about 300 men from across the island had gathered in the community.

He recounted how thugs carrying high-powered weapons, night-vision goggles and clad in ballistics vests similar to those used by the police took over the west Kingston community of Tivoli Gardens in the days leading up to the 2010 police-military operations.

Ellington also recalled how the thugs sympathetic to drug kingpin Christopher ‘Dudus’ Coke barricaded the community with booby traps designed to cause mass killings, and used sand bags to fortify positions from where they could fire at members of the security forces.

In addition, Ellington testified that in the aftermath of former Prime Minister Bruce Golding’s May 17 announcement that the authority to proceed with Coke’s extradition would be signed, intelligence gathered by the security forces indicated that law-abiding citizens in Tivoli Gardens were being held hostage in their homes.

And he said law-enforcement authorities had information that there were plans to start killing them.