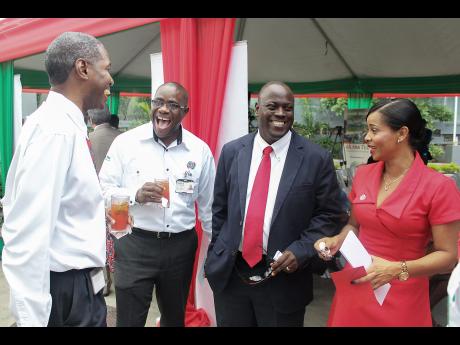 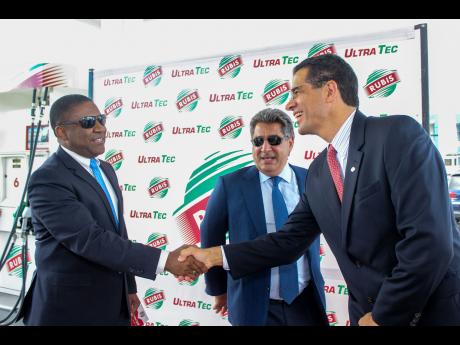 Since officially commencing operations in Jamaica last year, RUBiS Energy Jamaica Limited (RUBiS) has brought much innovation and excitement to the petrol-retail landscape in Jamaica.

The launch took place on Tuesday. The Ultra Shop promises to provide 'the ultimate experience in convenience-store shopping'. Open 24 hours, the Shop's offerings are diverse, providing everything from a food-service area to a wine and spirits cellar.

A full-service ATM facility is soon to be installed. Perhaps the biggest draw is the customer-rewards programme.

Azan explained that for every $2,000 spent, before GCT, at the Ultra Shop, customers get a $10 discount per litre of gas bought, up to 20 litres.

Azan also said that for every $5,000 spent, before GCT, at nearby MegaMart, customers get a $5 discount per litre of gas, up to 20 litres.

"The presence of RUBiS is good news for Jamaica's economic-recovery programme," said Azan.

Alain Carreau, CEO, RUBiS Energy Jamaica, noted that, globally, the retail margin on fuel has been on the decline.

"This has forced marketing companies to be more innovative with non-fuel retailing initiatives," he said.

"The trend is towards convenience retailing, with increased focus on customer needs."

Carreau said the Ultra Shop concept at Waterloo was significant as it gave them the chance to partner with Azan. Carreau felt RUBiS' experience in fuel retail and Azan's consumer- goods expertise, was a winning combination.

Azan also said there were plans to introduce other Ultra Shops at future RUBiS locations. Carreau said the flagship Ultra Shop will employ 25 additional more persons, adding to the more than 1,000 already employed, directly or indirectly, by RUBiS.

CEO of RUBiS Caribbean, Mauricio Nicholls, reiterated that, "Jamaica is very important for RUBiS. We feel very much at home in the country."

Nicholls pointed out that Jamaica had the largest operations of all RUBiS Caribbean territories.

RUBiS first expanded into the Caribbean in 2005 and, of the 210 service stations managed by RUBiS in the region, Jamaica alone has 53.

"This is why we have invested so much in Jamaica," he said.

He expressed hope that the company would become the iconic brand when it came to the petroleum industry.