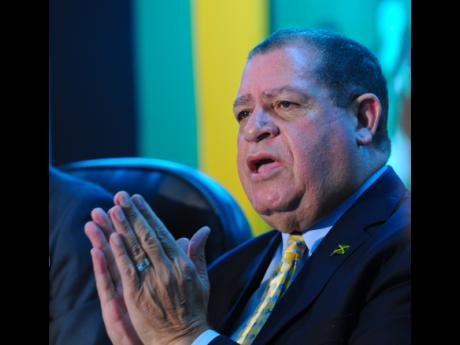 The parliamentary opposition has said it is prepared to accept the blame for the composition of the commission which examined the financial crisis of the 1990s, saying someone with legal expertise should have been put in place to assist in putting together the report.

Audley Shaw, the opposition spokesman on finance, during Tuesday's sitting of the Standing Finance Committee of Parliament which examined the 2015-2016 Estimates of Expenditure, asked Finance Minister Dr Peter Phillips to review the decision not to allocate any further funds to the Commission of Enquiry.

certain minimum standards of requirement, and that none of the commissioners have any legal experience - they are not lawyers. And, of course, the stenographic person is not a lawyer," Shaw said.

With not one penny allocated in the 2015-2016 Estimates of Expenditure for the FINSAC Commission of Enquiry, Phillips has indicated the die has been cast. He said that not only has he not received any requests for additional funds to complete the report, he does not know the basis of saying there is technical expertise over and above that possessed by the commissioners that would be needed to write the report.

"The commissioners were appointed; there have been many commissions of enquiry that have not included lawyers and others which have delivered reports, and the position is that commissioners owe a report. We are prepared that, once such a report is received, to ensure its preparation," Phillips said.

who eventually had to leave the commission and for who the Government of the day was alerted to (the fact that he was) not suitably qualified ... and where the amounts paid over, for which the taxpayers have got nothing, exceed $40 million, I think we are in a case where they say, a lot went bad a morning, put it dat way".

"Whether it can come good a evening is to be determined," the minister said.

He said the taxpayers of Jamaica have made a tremendous outlay in that regard and a report is due.

Shaw said, owing to the fact that testimonies were given and the bulk of the work has been completed, he is "beseeching and begging for the report".