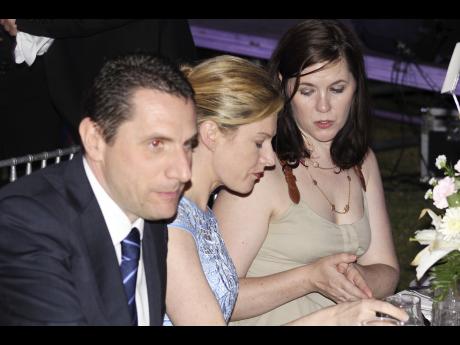 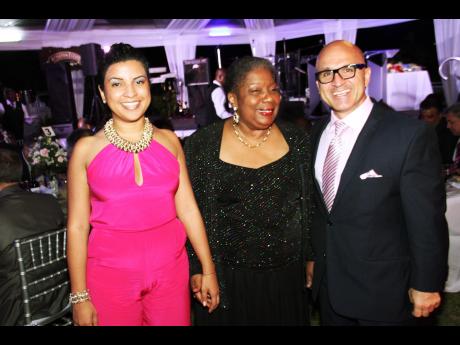 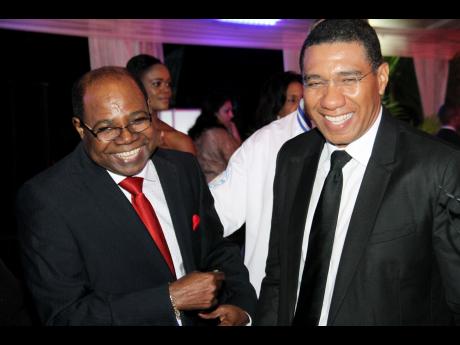 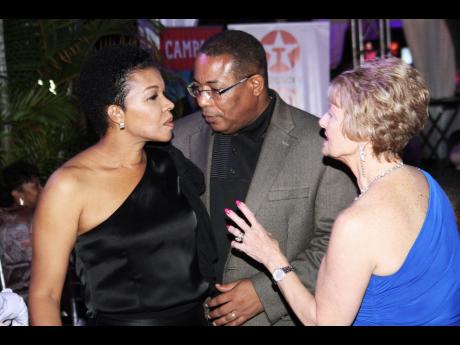 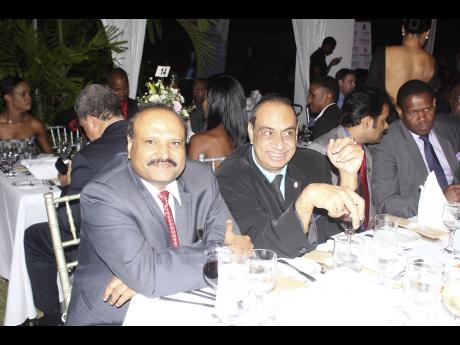 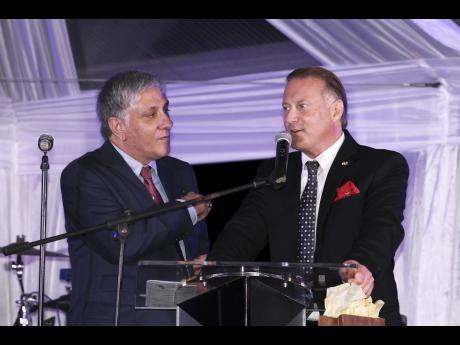 Osbourne Chin
United States Ambassador to Jamaica Luis Moreno (left) and Ron McKay in a pleasant exchange following the former’s speech at the ‘Beyond our Borders’ gala hosted by AmCham for new president McKay at The Knole in Stony Hill last Thursday night.
1
2
3
4
5
6

Newly installed president of the American Chamber of Commerce of Jamaica (AmCham), Ron McKay, has called on the Government and business leaders to place serious focus on vocational education. He was speaking at AmCham's 'Beyond Our Borders' reception at The Knole in Stony Hill, St Andrew, last Thursday night. United States (US) Ambassador Luis Moreno was guest speaker at the event.

McKay, who is chief executive officer of the Montego Bay-based ADS Global, a business process outsourcing operation, said, "I have heard it and experienced it. Jamaica's education system needs a radical shake-up. It needs to be in better tune with 21st-century realities, otherwise this beautiful country runs the risk of falling further behind."

McKay further said, "I am a big believer in vocational education, and I know if properly embraced, it will do wonders for businesses and the Jamaican economy. It is unfair for a nation with so much talent and deep appreciation for hard work to have so many idle hands.

"The HEART/NTA has to step up its game and address these issues, working in conjunction with the private sector. Skills, after all, enhance the ability to innovate and take on board new technologies, thus making the difference between all-encompassing growth or growth that leaves huge numbers of the population behind."

Underscoring those sentiments, United States Ambassador to Jamaica Luis Moreno said that despite its obvious advantages of an abundance of natural beauty, arable land, mineral deposits, and natural ports, along with an educated population, Jamaica continues to face economic challenges.

"For the past 20 years, stagnant economic growth, coupled with excessive borrowing and high debt payments, have limited the Government's ability to invest in infrastructure, social services, and security. As we know, this led to the necessity of International Monetary Fund (IMF) interventions. The Jamaican Government has made important strides in reforming the economy to unleash the growth potential of the Jamaican people. These reforms must continue," Moreno said.

Moreno set out his four goals as the US ambassador to Jamaica as follows: "To enhance security and law-enforcement cooperation. Security is foundational to economic growth. The direct costs of insecurity and the indirect impact of criminal activity deter business.

"Second, we want to embolden responsible and democratic governance. This means strengthening Jamaica's institutions to limit corruption and enhance trust in the political process. Greater transparency and respect for the rule of law will open the door to greater domestic and international investment. As billboards around town say: less corruption equals more investment equals more jobs.

"Third, and this goal shows how the four are deeply interrelated, we want to enable Jamaican health and prosperity. This includes bilateral efforts to increase trade and investment as well as traditional development work. We work closely with our partners, especially through USAID, to help Jamaica:

• Improve the health of the populace;

• Reduce its vulnerability to natural disasters;

"Fourth, we endorse the concept of full and equal citizenship for all Jamaicans. Every person on this island deserves protection under the law - it doesn't and shouldn't matter about one's gender, religion, sexuality, disability/ability, class, colour, or creed, everyone is part of Jamaica's democratic promise and they all deserve the fruits of Jamaica's hard-earned freedom."

It was a huge turnout for which McKay and the AmCham team must be congratulated. But the venue - The Knole in Stony Hill - proved to be a logistical nightmare for many guests, who had to wait an inordinately long time for shuttles from St Jude's Anglican Church to get there. The extended cocktail hour in a location more suited to more intimate gatherings, also stretched the formalities beyond the stipulated schedule, eliciting complaints among many guests. And, the public-address system periodically made hearing the proceedings challenging.