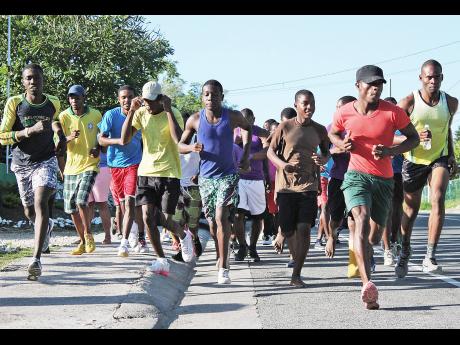 Participants at the start of a 5K walk run in Oracabessa, St Mary, hosted by the local police force. 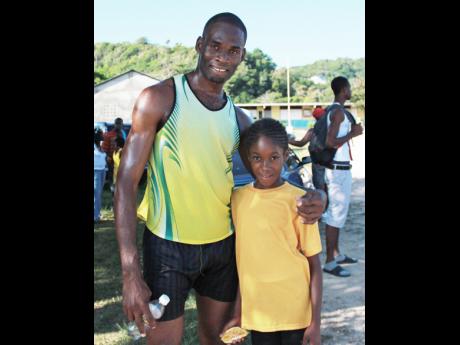 Dozens of young people and police officers from across St Mary took part in a 5K run-walk between Oracabessa and Galina last week, in an effort to promote leadership qualities and greater community development.

According to the parish's chief of police, Superintendent Stephanie Lindsay, the walk-run and family fun day event, which was launched last year, is part of a crime-fighting strategy employed by her Community Safety and Security unit to help engage young people.

She told Rural Xpress: "In the St Mary division of the Jamaica Constabulary Force, we have a very strong and vibrant police youth club movement, which is where we identify young people who we believe have the potential for something great.

"Through the movement, we are able to take them into an organised programme and work with them, irrespective of the community they come from. We tend to target those communities where the children are most vulnerable and teach them leadership and entrepreneurial skills."

"A number of serving police officers are products of the police youth club movement, which gives them a different perspective on policing, law enforcement, interacting with young people and building the relationships and trust that we need to be an effective law-enforcement agency."

National coordinator of the police youth clubs, Inspector Natalie Palmer, added: "In my opinion, St Mary is one of the better parishes at bringing young people together because they are always doing projects that help to teach young people about development, enhancement and volunteerism.

"Of course, you are going to have youth crime, but for the most part, our young people will be mostly victims, rather than perpetrators of crime, and we believe this strategy works for us because we have a good product, which the young people have bought into."

Lance Braham from the police youth club in Epsom, who won the race with a time of 24 minutes and 53 seconds, said: "I feel really great because I have been training for this event for a good couple of months now. I won this before and wanted to defend my championship today, which I did, so I'm very happy.

"Events like this are very good because they help engage young people; bring local athletes together; and allow them to talk about upcoming races and club meetings, which is a great idea and something I really appreciate."

His comments were echoed by the first police officer to complete the race, Sergeant Christopher Ward from Castleton police station, who completed the run in 39 minutes and 53 seconds.

He said: "I believe projects like this help steer Jamaica in a safer and more positive direction. Our youths are targeted, exposed, and vulnerable to crime and violence, so incorporating them into programmes such as this is a great gesture and shows how St Mary is the catalyst for community policing efforts."

Nine-year-old Nathalie Tyrell from the Uprising Police Youth Club in York Castle, who was the first female to finish the race, said: "It feels good to know I'm the fastest female athlete and I think today was a really good idea and I'll definitely be coming back next year because I had a lot of fun."