Celebration of the life of Annabella Ogden Proudluck 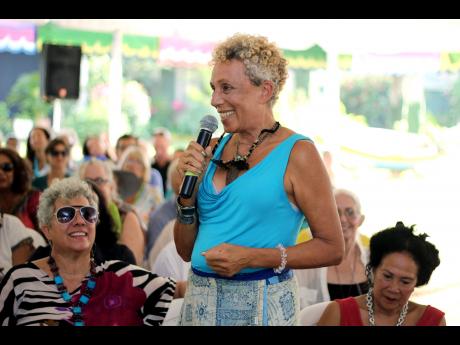 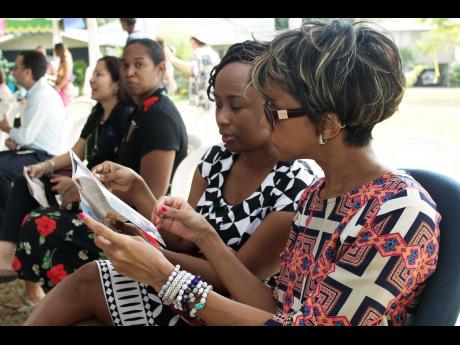 Below is an obituary for artist Annabella Ogden Proudlock, who died recently. A celebration of her life was held last Saturday in St Andrew.

Hers was a life spent engaging in artistic endeavours. From posing in front of the camera as a photographic model, to running a gallery, Annabella Ogden Proudlock was a woman with a great sense of style and one who possessed exquisite tastes.

She also liked being surrounded by beautiful things, and the picturesque landscape marking the Harmony Hall property that was her passion fulfilled, provided the ideal backdrop for what became a Mecca for painters, potters, sculptors, and other craftsmen and women in the peaceful community of Tower Isle, St Mary.

Ogden Proudlock, born Annabella McCartney in Wales on September 3, 1943, spent her 20s as a model touring the United States, Europe, and the Caribbean. It was her work that first brought her to Jamaica, in 1964, and her love for the country that made her return two years later to put down roots. She met her future husband, British film-maker David Ogden, when he came to the island on assignment. They were married in 1967, settled in St Mary, and became parents of two, Sebastian and Jessica.

Ogden Proudlock's skill at putting artistic talent on show first came to light when she took charge of a fundraising venture to assist Operation Friendship.

Ogden Proudlock would later replicate the Christmas card idea using the work of established and up-and-coming artists, promoting their work, and at the same time, offering the Jamaican consumer a welcome alternative to foreign-printed cards depicting snowmen and reindeer-driven sleighs.

The naturalised Jamaican was a great supporter of deserving causes apart from Operation Friendship, and she helped to raise funds on behalf of other long-established local organisations such as the Jamaica Association for the Deaf, the Jamaica Cancer Society, the Mona Rehabilitation Centre, and the Jamaica Save the Children Fund. She also gave assistance to HIV/AIDS projects.

It was her husband's death in 1978 that was to serve as the catalyst for another love affair, one with the Jamaican art world. She had moved to Ocho Rios in 1979 to make a fresh start, and in an effort to support herself and her children, she made and sold hand-crafted ornamental cedar boxes with reproductions of works by Jamaican artists on the cover and their profiles on the reverse side. These 'Annabella's Boxes' proved to be a hit and became much-sought-after collectibles in the tourist hub.

When Harmony Hall, located just four miles away from the St Ann municipality, was put up for sale in 1980, Ogden Proudlock, fuelled by dreams of turning it into a site for art and craft, quickly jumped at the opportunity for ownership of the Georgian great house and the surrounding estate. She then embarked on an extensive year-long restoration of the 19th century former Methodist manse. Mindful of the historical significance of the structure, Ogden Proudlock engaged the services of a team of professionals who could preserve its architectural integrity, and her labour was duly rewarded when Harmony Hall, a model of Old World charm, was declared a national monument by the Jamaica National Heritage Trust in 2003.

It was not long after its doors were open, in 1981, that the gallery became the Drumblair of St Mary, with Ogden Proudlock playing the Edna Manley role as the site was transformed into the hub of artistic activity in the community. Over the years, it served as the location for countless exhibitions and art and craft fairs, where creatives, particularly self-taught artists, could showcase their work and receive much-needed exposure and collectors could find treasures among the items on display.

When the patron of the arts remarried in 1985, to Peter Proudlock, she had found a man who shared her vision, and over time, the Harmony Hall concept was to develop into a brand, with similar galleries being opened in Antigua and Costa Rica in the late 1980s.