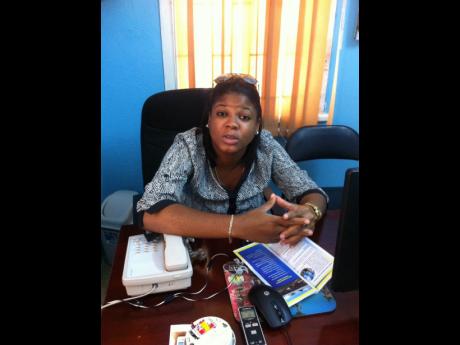 SIX MONTHS after the launch of the Linstead Town Centre in St Catherine, there has been a lukewarm response by residents of Linstead and surrounding areas to the services offered at the facility.

The centre, which was first opened in May 2014 and officially launched in November, was established as an extension of the St Catherine Parish Council to provide more direct management of the affairs of Linstead and its environs.

The facility, which is consi-dered a pilot project, eliminates the need for residents to travel to Spanish Town to get information about various ser-vices. It also creates an opportunity for them to participate in hands-on practical governance and compliance structures in their communities.

Chantae Brown, manager at the town centre, is optimistic that the centre will do well, despite only seeing a couple of payments made there since the launch.

"There are about 50,000 people in Linstead and its environs. I am confident that as soon as more residents become aware of the services offered here, they will find it convenient to pay the various fees for parish council services here instead of going to Spanish Town," Brown told Rural Xpress, while pointing to the fact that more needs to be done to sensitise the communities about the services offered.

Brown said councillors who represent the divisions should play their part by touting the benefits of the town centre to residents in their divisions.

She said the centre now has the capacity to process debit and credit cards for residents who wish to pay for services using this payment method. Brown disclosed that a system has also been established to give building permit applicants an opportunity to obtain information pertaining to the progress of their applications at the town centre.

"Residents can also obtain information about the strategic direction of the parish council; and tap into Government of Jamaica information base in respect of its services and other information," Brown revealed.

Noel Arscott, local government minister, at the official launching of the town centre, made it clear that following the establishment of the Portmore Municipality in May 2003, it was felt that the parish of St Catherine was a good starting point to be used as a pilot for setting up these town centres in parishes outside of the municipality.

As local government reform takes shape, Brown said there is a place for town centres, and the failure of more residents in Linstead and its environs to take advantage of the services offered should not be a drawback to the establishment of proposed centres in Old Harbour, Ewarton and Ocho Rios.

Meanwhile, a number of residents told Rural Xpress that they were not aware

of the existence of the town centre, Some residents, who claimed that they are aware of the facility, say they would definitely utilise the centre when the need arises.