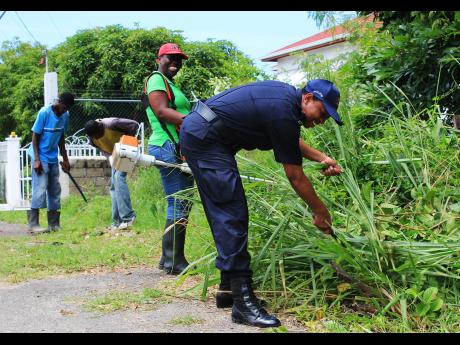 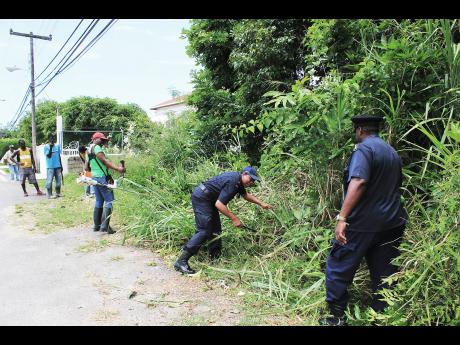 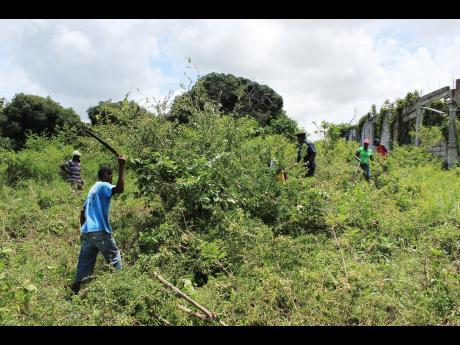 Residents participate in a de-bushing exercise.
1
2
3

According to the president of the Balmoral Community Association and Neighbourhood Watch group, Adolf Patterson, the project aims to reduce robberies and thefts in the area by bringing the police, community groups and a local tool-hireage company together to clean up vacant lots and hazardous areas in the scheme.

He told Rural Xpress: "The year before last, one of my neighbours and his wife were held up and robbed at gunpoint. They weren't injured, but the incident traumatised them quite badly.

"To stop things like this from happening in the future, today, we're de-bushing all the areas that are vulnerable and ensuring there is clear visibility for pedestrians and motorists.

"What the police are doing here is very important, and I must commend them because they have given us a tremendous amount of support and sorted out this entire project because they know it's beneficial to them and the community."

St Mary's police chief Superintendent Stephanie Lindsay hailed the sub-officer in charge of the local police station at Prospect, Sergeant Angella Spaulding, for spearheading the project, which she estimates would cost in excess of $250,000 if the labour and equipment were to be hired privately.

Lindsay explained: "We analysed our data and recognised that in communities like this, unkempt lots make the environment unsafe for residents, and so there are a lot of robberies and attempted robberies of small items such as cell phones and laptops.

"The challenge we're having is that because these areas are so dense, criminals can hide inside and attack residents who can't see them because of the shrubbery.

"It's very important for us to have this kind of working relationship with our citizens because we don't want them to see us as solely focusing on hardcore operational-type policing.

"We also want to do the kind of policing that impacts lives and communities in a personal way and showcases another side of policing and law enforcement.

"We are very big on prevention because working things out with residents beforehand is easier to organise. It is cheaper and better for us because it means that ultimately, we'll have fewer crimes to solve."

Ainsworth Mornan, a lifelong St Mary resident whose Total Tools company specialises in renting and repairing electrical supplies in Ocho Rios, donated equipment including power saws and machetes to the project because he believes collaborations are essential for community development on.

He said: "For me, getting involved in a project like this is natural because we try to be a part of whatever the wider community is working.

"The police are supposed to bring people together to fight crime, but some of the methods they use here in Jamaica are counterproductive. They don't retrieve any information or create a bond.

"However, what's happening here is extremely productive because it helps to form a stronger bond between the community and police."