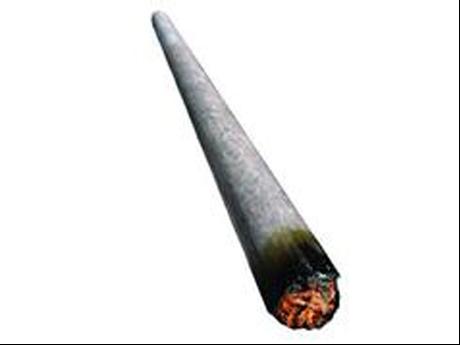 After today persons found with two ounces or less of marijuana will no longer be subject to arrest or detention by the police.

They will be issued instead with a ticket for $500 payable within a 30-day period at a revenue centre.

Justice Minister, Senator Mark Golding has indicated that he will bring the Dangerous Drugs (Amendment) Act 2015 into operation today by a notice published in the gazette.

This follows the governor general's assent to the far-reaching piece of legislation.

Under the new regulations, a person who is ticketed for smoking ganja in public or for possession of two ounces or less of marijuana and fails to pay the ticket will be required to attend a Petty Sessions Court and may be ordered to do community service or pay a fine of $2,000.

Senator Golding has made it clear that a conviction for failing to pay a ticket will be recorded on the offender's criminal record.

In addition, a person who is found in possession of two ounces or less who is under the age of 18 years or who is 18 years or older and appears to the police to be dependent on ganja will be referred to the National Council on Drug Abuse for counselling.

The offender is also required to pay the ticket.

The new law will permit adherents of the Rastafarian faith to smoke ganja for sacramental purposes in locations registered as places of Rastafarian worship.

Meanwhile, The justice ministry has made it clear that the possession of more than two ounces of ganja remains a criminal offence and offenders can be arrested, charged, tried in court and, if found guilty, sentenced to a fine, or to imprisonment, or both.

The conviction will also be recorded on that person's criminal record.

The Dangerous Drugs (Amendment) Act 2015 was passed by both Houses of Parliament in February this year.