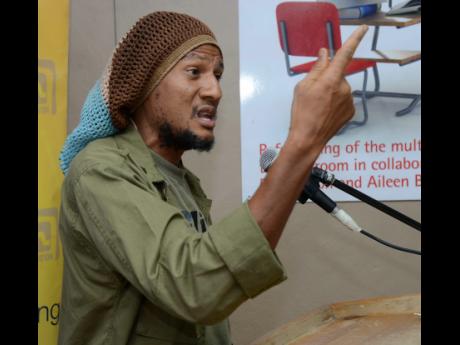 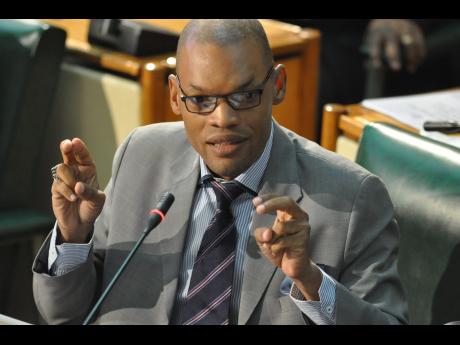 UNITED STATES President Barack Obama used his visit to the island last week to point out that despite its earning potential, ganja is not a "silver bullet" which will fix Jamaica's economic woes and leading members of the local ganja lobby are in full agreement.

Member of parliament for North Eastern St Elizabeth, the People's National Party's Raymond Pryce, who has been at the forefront on the lobby for the decriminalisation of the weed, responded last Friday in full agreement with Obama calling his comments "inspirational".

"The president's response was very positive and re-energises advocates like myself, because he explained that ganja will not solve all of our country's problems. He also pointed to the fact that we needed to create the space for our own local entrepreneurs to benefit from a legal ganja sector and not just multinational companies," Pryce told The Gleaner.

For Dr K'Adamawe K'nife, lecturer at the Mona School of Business & Management at the University of the West Indies, Mona, Obama's response that medical marijuana would have little to no economic benefit to ordinary Jamaicans was something he had reiterated on many occasions.

"The brethren (Obama) is absolutely correct, but it is unfortunate for us to have to bring a man all the way from foreign to tell us something we have been saying for years," said K'nife

He argued that the belief held by some that medical marijuana would be exported to the United States and eventually become a major cash crop, was beyond delusional.

"A lot of people living in a delusion when it comes to this thing medical marijuana because it will never bring benefits to the mass of the people, it is going to bring benefits to the few who have the capital and connections to get their products passed on the international markets," argued K'nife, who added that immediate benefits could be derived from the crop if ordinary Jamaicans focused more on the non-pharmaceutical products.

"We need to focus on the non-medical approaches such as aromatherapy, the nutritional value, integrating ganja use into tourism and wellness, because if you look at the ganja cafÈs and dispensaries in Europe and the United States, ganja is not just sold there for smoking, they have food and drinks. I can buy my shoes there for US$70 because the canvas comes from cannabis, so it would be ridiculous to just focus on medical marijuana."

In the US, the states of Washington, Oregon, Alaska, Colorado and the District of Columbia have legalised the sale and use of marijuana, while another 19 states have decriminalised its use for a variety of purposes, despite federal laws where possession or sale of ganja is illegal.

In Colorado, the legalisation of the weed has already started to prove profitable as dispensaries there have made almost US$300 million in marijuana sales for 2014, of which $57 million would be going to the state in taxes.

Irrespective of this financial boom, Obama indicated that there was little to no chance that the US Congress would be looking to change federal laws regarding marijuana anytime soon.

But for Pryce, the local decriminalisation process through the amendments to the Dangerous Drugs Act, which allows possession of 57 grams of weed as well as to allow households to have five marijuana plants, was an important step on the path of economic viability of the marijuana industry.

He noted that the next move by the Government would be the establishment of a cannabis licensing authority.