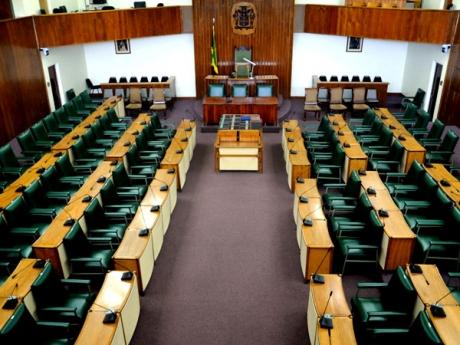 The World Economic Forum has released a report ranking Jamaica in the bottom half of countries in the world with effective parliaments or law making bodies.

The Global Information Technology Report 2015 ranks countries from one to seven with one being “not effective at all” and seven representing “extremely effective”.

Jamaica earned a score of 3.4 which places the country in the bottom half of the countries with effective parliaments, joining others such as Pakistan, Zimbabwe, Greece and Bangladesh.

The World Economic Forum says the score represents the weighted average from an opinion survey done in 2013 and 2014.

The report comes as Jamaica’s Parliament is involved in a phase of heavy legislative work largely induced by requirements under the programme with the International Monetary Fund.

More broadly, the Parliament has been criticised for being slow and in need of reforms to make it a modern law-making institution.

Parliament’s two houses, the Senate and the House of Representatives, generally meet once per week, each.

Public perception of the work of legislators has not been positive. In a Gleaner-commissioned Bill Johnson poll last year, the average Jamaican believed that 70 per cent of Jamaica's elected officials are corrupt.

However, the World Bank believes that the work of Parliament can improve if the structure on Duke Street in Kingston is improved or new one built.

A team in 2013 concluded that Parliament's infrastructure is woefully inadequate and significantly undermines the work of members of parliament, committees, and parliamentary staff.

Barbados at 19th is the CARICOM country with the most effective law-making body.

Guyana and Trinidad and Tobago are the other CARICOM countries ranked higher than Jamaica at 75th and 80th respectively.