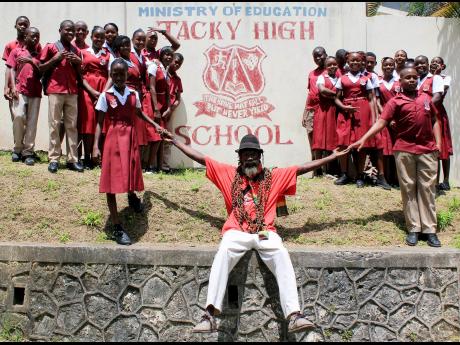 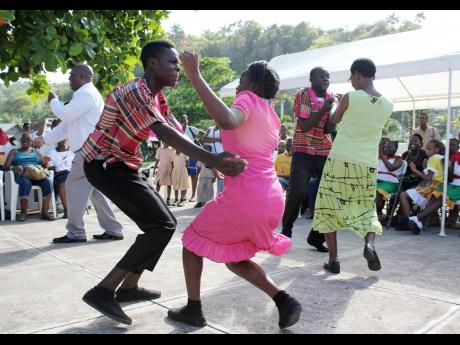 THE CALLS to make Chief Tacky a national hero is becoming louder. Dozens of schoolchildren, adults, and local historians attended an event at Claude Stuart Park in Port Maria, St Mary, on Wednesday to commemorate the legendary West African rebel chief, who organised and led the first civil uprising in the Caribbean.

In 1760, Tacky launched the infamous Easter Rebellion in Port Maria, which was a revolutionary anti-slavery insurgency that proved to be the catalyst for Emancipation 74 years later.

Every April for the last 11 years, the St Mary Parish Library has paid tribute to Tacky by coordinating a family event, and this year's diverse crowd were entertained with speeches, a short fashion show, and cultural items from students at Tacky High, Islington High, and Trinity Primary.

The event's guest speaker, Pan-African author Dr Arthur Green, believes it is important that Jamaicans to remember Tacky and urged the Government to honour him as a national hero.

He told Rural Xpress: "It's been 255 years since Tacky staged his revolt, which was of great significance to enslaved Africans on the island of Jamaica but, to date, he has not been officially acknowledged.

"I can't pretend to know the criteria for a national hero, but in our book, Tacky is a state hero and a black liberator and this is common knowledge among the people, so even though he has not received any great accolades and we don't see his picture or likeness on our money, it is important that we etch his contribution indelibly into the minds of our youths by including this type of history in the general curriculum."

Retired matron of Port Maria Hospital, Linda Hines, who compered the event, said: "Tacky is particularly important to St Mary's history because we hear of heroes across the island, but this one started a rebellion in St Mary, which means a lot to the people of this parish.

"We have made history and are celebrating that by saying thanks to Tacky who started something that I hope our young people will continue, not in terms of physical war, but the determination to win and do well."

Every year since 2007, X makes a pilgrimage from Port Maria to Kingston in memory of Tacky and insists that until the St Mary-based freedom fighter is acknowledged as a national hero, he will continue to raise awareness about the issue.

"This is a great cause," X explained. "Tacky deserves to be a national hero, but as time goes by, people need concrete and relevant reminders, and it's important we do that to ensure Tacky is not just remembered as a monument, but as a platform for development."

The principal at Tacky High, Errol Bascoe, added: "There is the push for Tacky to be a national hero and I think Mr X walking from our school to Port Maria is a good gesture because it signals our intention. It helps to bridge the gap between the school and the community and gives people something positive to talk about."