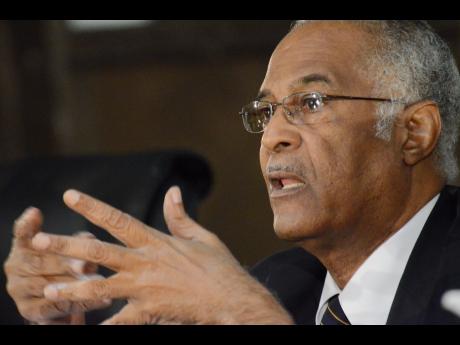 Chairman of the West Kingston Commission of Enquiry Sir David Simmons has sought to explain the decision of the three-member panel not to compel the security forces to disclose a number of documents related to the May 2010 police-military operations in Tivoli Gardens.

"What we have withheld from production (disclosure) is documentation which, if it gets into the wrong hands, can do irreparably harm to the security interest of Jamaica," Simmons underscored.

His explanation came after attorney-at-law Lord Anthony Gifford, who is representing the Office of the Public Defender (OPD), raised questions about his ruling this morning on the documents the Jamaica Defence Force (JDF) and the Jamaica Constabulary Force (JCF) should disclose to the enquiry.

Gifford was, however, stopped in his tracks by Simmons who reminded him that the documents were discussed in-camera.

The OPD  attorney then asked Simmons to put his ruling in writing with reasons.

The commission chairman promised to discuss the request with his colleagues before making a decision.

Simmons ruled earlier today that the JDF should disclose a summary of the ammunition discharged by its members during the operation, its medical plan and authorisation for the use of weapons.

The JCF was ordered to disclose its medical plan and some of the statements related to the activities in Tivoli Gardens that were released to the media.