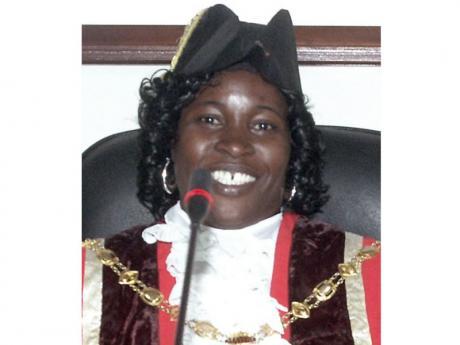 The Office of the Contractor General has accused Haughton of nepotism in a public office and breaching government guidelines and referred the charges to the DPP for a ruling.

It found that 22 contracts, worth more than $3.7 million, were awarded to relatives and persons affiliated with the former mayor.

However, in a ruling this afternoon, the DPP said “although the evidence of nepotism is overwhelming, it is not an offence known to the criminal law”

She noted that none of the contracts pointed out by the OCG amount to or exceeded the $500,000 threshold which would have created the circumstances for criminal prosecution.

The highest valued contract recommended for award by Haughton was $300,000.

But the DPP argues that Haughton could have been deliberate in keeping the contracts below the legal threshold.

According to Llewellyn, a cynic could not be faulted for wondering if there might not have been some sleight of hand which routed the benefit of these contracts to persons connected to Haughton given the number of contracts that were awarded.

Llewellyn says this is especially so in light of the fact that all of the contracts were just below the $500,000 threshold which would have resulted in her facing criminal prosecutions.