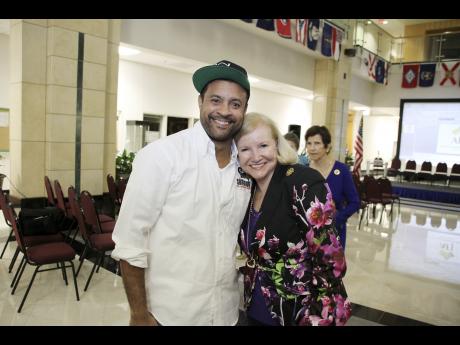 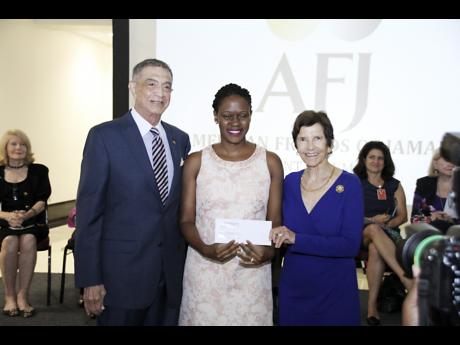 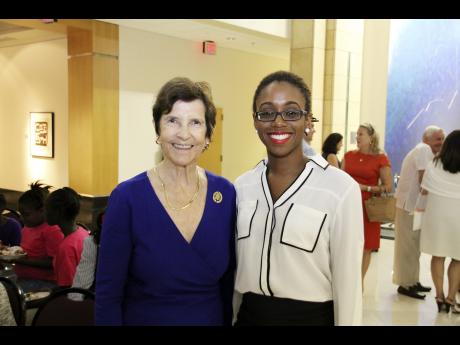 Contributed
Former Ambassador Sue Cobb (left) and donor recipient Janelle-Chin Millen, a student of the University of the West Indies. 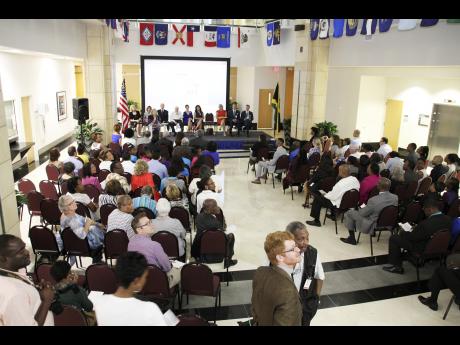 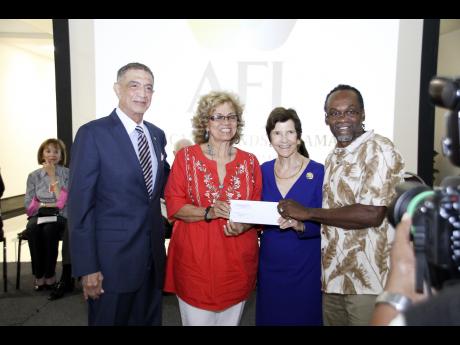 Philanthropy was the order of the day at the United States (US) embassy in Liguanea, St Andrew, as the American Friends of Jamaica, Inc (AFJ) presented J$26 million in grant awards to local programmes last Monday.

The event was hosted by Ambassador Luis G. Moreno in the atrium. Representing the prime minister, Foreign Affairs Minister A. J. Nicholson congratulated the AFJ for working to strengthen the bonds between Jamaica and the United States. Meanwhile, Health Minister Fenton Ferguson presented grants in health care.

Beverly Nichols, president of the Push Start Foundation, was a special guest, while Janelle-Chin Millen of the University of the West Indies shared her heartfelt gratitude as a recipient of the Ambassador Sue M. Cobb Scholarship.

Forty-five applications were vetted and evaluated by the AFJ grant committee during the 2014-2015 grant cycle to ensure applicants met the organisation's criteria. A selection of 15 discretionary grant awards was approved. The AFJ is able to award grants from proceeds raised during annual fundraisers in New York and Miami, private foundations, corporate partnerships and donor direct contributions.

Grant applications are invited during the annual grant cycle beginning in November each year with the deadline for submission in February the following year for presentation in April. The AFJ seeks to identify local partners aligned with its due diligence for transparency, and who will meet the annual onsite evaluation process. These are programmes with a track record to deliver on implementation goals and can show tangible results.