One woman's struggles to mother and father seven children. 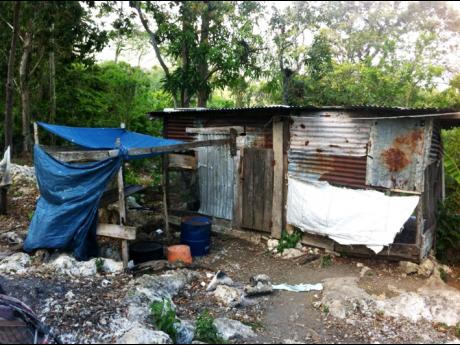 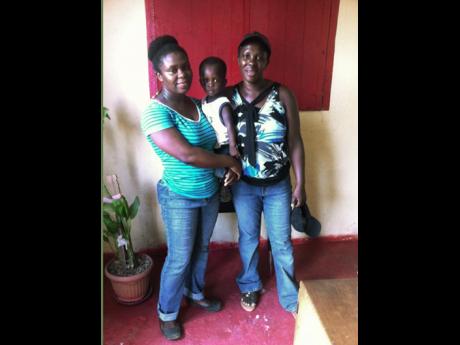 Ruddy Mathison
Thomas (right) with eldest daughter and her grandson.
1
2

Jennifer Thomas is 41 years of age. She is originally from the parish of St Ann, but eventually found herself living in a small St Catherine community by the name of Ivy, which is situated close to the town of Ewarton.

Thomas had her first child at the age of 18, not knowing that she would be the mother and father for six more over the span of two decades.

"I was young and raised in a family that did not believe in abortion. When I got pregnant with my first child, the father left me in an advanced state of pregnancy and never returned. My father told me that regardless of the outcome, I should have the baby," the single mother told Family and Religion.

She said her plans were to return to school because of the limited education she acquired while growing up with her parents, who were poor and could not afford to send her to school on a regular basis. Besides, her father had diabetes and it was left up to her mother to take care of the family of six.

"It is tough raising seven children without fathers, but I have to do it because they depend on me. Sometimes when the pressure come down on me, I feel like giving up," Thomas conceded.

She related her ordeal with the three men that fathered her children, pointing out that she gave in to their overtures because of how sincere they appeared when they were attempting to lure her into their selfish worlds.

Thomas said only two of the men who fathered her children remained with her for a while before moving on; one who fathered four of the children and the other two.

forced to play both roles

The single mom said, faced with the reality that she was not going to get any meaningful support from the fathers, she told herself that she would have to play the role of both parents.

"I have to do all kind of jobs, from domestic (helper) to street cleaning, raising chickens and helping out on farms to put food on the table and send the children to school," revealed Thomas, who sighed and added, after tearing up, "So much pain, but God knows how I survive."

"As a parent, you have to make sure that the children get food to eat, so if I can afford chicken, I give them chicken - and chicken back when that's what I can afford," Thomas disclosed.

Presently, only four of the children are in school, one's a grade nine student at McGrath High and three are at the Mt Rosser Primary. Three having graduated from school, one working in a restaurant and two on work experience.

Thomas said she has to take turns in buying school shoes and books. According to her, the assistance she receives from the PATH programme helps to keep the children in school.