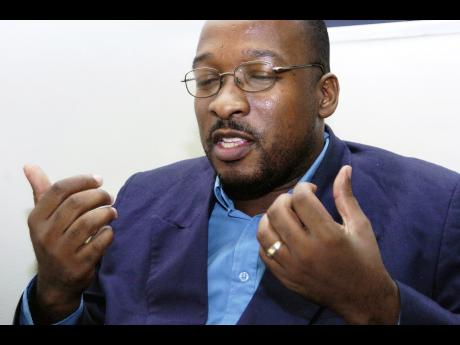 It is critical to screen people before they are established in influential positions. We have to look beyond just academic qualifications. There needs to be spiritual and psychological evaluations carried out.

It is important to deal with any traumatic happenings that have taken place in one's life, particularly the earlier years of one's life. If one is not healed from a situation, emotionally, spiritually, and even mentally, before they are placed in key positions, then the choices made or influenced by them will have serious, negative repercussions.

A person who is involved in a relationship, a marriage or otherwise, who has been hurt through a divorce or break up of some kind, or as a result of abuse or infidelity, and has not been fully healed will not truly accept or experience true love and all that it encompasses. It is highly likely that the next relationship will not last and even more likely that such a person will, in turn, hurt the one they are with, whether intentionally or unintentionally.

It is not difficult to discern that the atheists, and those constantly attacking Christianity and its principles, were hurt previously, and they were not healed nor have they forgiven. So any decisions they make are influenced significantly by their experiences.

The crisis at this time, globally, is that we have hurting people in key positions of influence and authority, making or influencing decisions that negatively affect a significant part of each nation.

A person who has been molested (male or female) in earlier years, for example, who may be placed in a position of authority such as law enforcement, lobby groups or politics, and are not healed from that issue has the potential to do great damage to many.

What would allow people to promote abortion? Abortion is what the Bible describes as child sacrifice. In fact, it is mentioned as one of the major reasons that the kingdom of Israel was destroyed by the Assyrians and the people exiled and enslaved. Abortion is the destruction of the helpless rather than their rescue. There is no difference among the cold-blooded murderer, the rapist and the persons who push and support abortion (II Kings 17: 17 and 18).

When people are not healed, their past influences their future and so they cannot move forward. Ultimately, in a sense, their future becomes their past. So growth is hindered from all angles.

A person in law enforcement also, for example, may have experienced great injustices in his or her earlier years and may have become a part of law enforcement to exact revenge on a particular person or a specific group of persons. It happens both locally and internationally.

With all the years of slavery and oppression of the black race, our black race needs to be healed. Look at Ferguson, Boston, Sanford, and even in Jamaica, people are hurt. Some don't have a father and often many of them suffer great injustice. Based on the happenings, it even seems there are two different kinds of law meted out depending on who the perpetrators are - a law for the rich and another for the poor. Lotto scammers go to prison and money launderers go free. This is the view of the people.

Most of our politicians today are hurting people who have not been healed; they have hurt or are now hurting other people. Many men who abuse women first saw it in their homes or communities; and any good teacher will tell you that they can look at a child and tell what is going on in their family. The sad thing is that, if God is the only one whose presence can bring total healing and He is being rejected by society, then we will inevitably see the increase of violence, stress and hopelessness. Nothing can replace God and all that He does.

The Church is not exempt, because as any true pastor will tell you, people who are hurt and refuse to forgive and be healed, end up hurting them, their families and the congregation, and will be the first to run to the media to discredit or defame the pastor and the Church.

There has to be healing for us to move forward as a people and a nation, and then to experience the development, growth and positive changes that come with that healing.