Number of missing children down by 10% 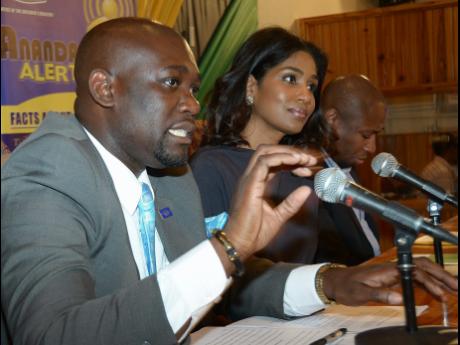 Greig Smith, registrar at the Office of the Children's Registry (OCR), says there was a 10 per cent reduction in the number of missing children in 2014. He said the reduction was achieved by the OCR working closely with a number of state agencies, including the Jamaica Constabulary Force.

Smith who was speaking recently at a ceremony where a memorandum of understanding was signed between the OCR and the Savanna-la-Mar-based cable provider, Cabletron Network Systems, for the airing of Ananda Alerts on missing children, stressed that during 2014, 1,984 children were reported missing, while 2,205 were reported missing for 2013.

Comparing data for the first quarter of 2015 with the corresponding period for 2014, Smith said there has also been a reduction in the number of children being reported missing.

The OCR began operation on January 1, 2007, and has received reports of more than 37,000 cases of child abuse.

The OCR registrar expressed the view that with more than 26 children murdered since the start of the year, there could be a link between child abuse and reports of children going missing.

"The data suggest that there ought to be a link between child abuse and missing children. There is also the suggestion that some children leave home because of disagreements with their parents," he added.

He noted that the OCR has been working with the Jamaica Library Service, parish councils, post offices and other government and non-government entities to ensure that all reports of missing children get to the public.