Step-mothers play a valuable role too 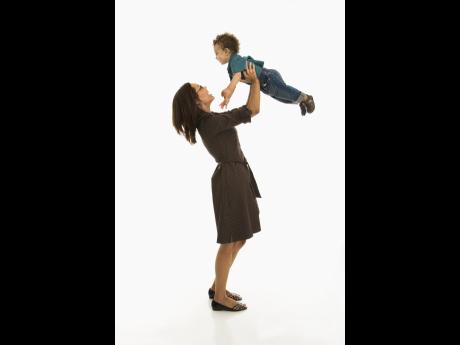 TOMORROW THE world over will celebrate Mother's Day - a day set aside for honouring women who have gone the nine yards in ensuring that their children are taken care of.

Some have single-handedly done it, others have carried out their duties with a partner by their side sharing the role but when it all comes down to it, there can be no escaping "a good mother's touch" in that child's life.

Sadly, many times when this day is recognised though, one of the most important woman in a child's life is often overlooked - and that's the role played by step-mothers.

There are those who have stepped in and done a better job than even the biological mothers, they have the patience, they have given love, and made that child so contented that he/she feels comfortable to talk about whatever issues that may be bothering them.

Many step-mothers had to deal with the resentment, the tantrums and they have gone beyond all that to become best friends with the offspring of their partners.

Pastor Everal Edwards of the Church of the Open Bible, Twickenham Park, while praising step-mothers on the important roles they play said it's critical that they love the child as their own.

"She has to put herself in the situation of the child. Children normally don't have much to say in whom become step-mother, so she has to be mindful of the fact that the child had no role in how events go, so she has a responsibility to be responsible and patient," he told Family and Religion.

And that means going the distance in giving that child a sense of security in spite of the many challenges that may arise in the beginning.

According to Pastor Edwards, it would also be useful for adults to have a discussion long before the coming together is embarked on.

Just "springing" step-mom on your children is definitely not the way to go. Let them get used to the idea of having someone else in the home.

Many step-mothers have gone out of their way to ensure that the children's needs are met, that they are well taken of, but for all that when Mother's Day rolls around, she is shut out and not properly recognised for the role she played".

Addressing that fact Pastor Edwards said much of this has to do with the tone set by the adults.

"Children are naturally drawn to the biological parents, the onus is on the adults involved to show that understanding and wisdom and care to the child," he said.