The Church needs to get back to its roots - Hewitt 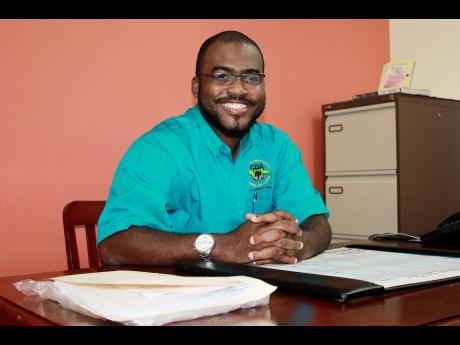 Although Pastor Ryan Hewitt of the Church of God in Jamaica grew up in Kingston, for the best part of a decade, he has been preaching in St Mary and observing the rural population's religious trends and customs.

Hewitt is best described as a youth-focused evangelist, who works for the Child Development Agency in St Mary. He also heads a small church in Lewis Store, near Highgate, and at 33 years old, is one of the youngest pastors operating in the parish.

The jovial clergyman loves his work, but fears that religious traditions are losing their appeal. "I'm not sure if this relates only to my church, but it seems as if people just don't love church like one time," Hewitt told Family and Religion.

"There was a time when going to church was very much part of the psyche and, irrespective of whether you partied all week or were one of the worst people in the world, on Sunday you went to church, even if it was just to show your face or look a girl (laughs).

"Everybody knew that once you had kids, you sent them to Sunday school, but these days, I don't know if it's because we have younger parents, but the interest is not there. We really have to get people to have that as part of their psyche again."

Dwindling church attendance figures is a worrying problem for many traditional religions and Christianity is no exception. But what does Hewitt believe can be done to reverse the trend?

"Jesus coming (laughs). There are many issues I suspect. Now, with the whole Internet and social media stuff, people have more options and things competing for their time and attention.

"Then, there are issues in terms of how people view the Church because just like any other entity, it has its flaws and people are less forgiving. Also, there seems to be a kind of national and global trend where we are reversing morally.

"The Church needs to be a community church. In times past, the church and pastor were very important parts of the community and people's lives, but that's somehow been replaced by many different things for many different reasons, so you'll find people don't view the Church with the high regard they did at one point.

"The Church has to present itself in a way that people can relate to because everybody believes in God, but people want to see new ways of how the Church represents who God is.

"The trend can be reversed, but it's really tough and frustrating because you try to do something and think you're making progress, but when you check it out, you're taking steps back. But you have to press on."

Looking ahead, Hewitt hopes the launch of several exciting new programmes will help to grow his congregation. He explained: "One of the things we'll be doing is using the young people we have to re-engage more youths.

"We want to make it fun and cool to be in, and identify with, the Church. When I was growing up, fellowship was something we looked forward to, so I want to expose the youths to different types of activities outside of St Mary, and for them to see other young people who are enthusiastic and working."