Church of the Churchless: A home for former believers 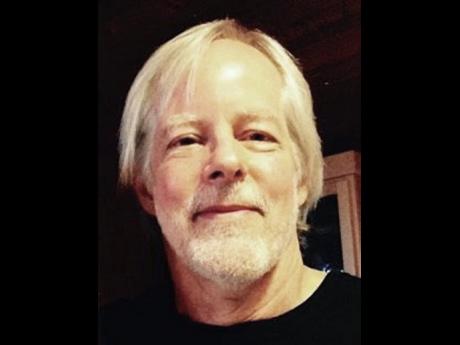 We are well aware that many are repulsed and disillusioned by religion because of the violence and death that surround it.

But many have also abandoned their faith because of the unfulfilled promises found in sacred literature, many of which are delivered as truth by religious leaders.

Brian Hines' story is one such example. Hines is an author, scholar, and a man worn by his indefatigable search for spiritual truth.

His quest, spanning nearly four decades is not unfamiliar. He recalls his youthful, college days in the 1960s, when the counter culture of sex, rock and roll, and psychedelic drugs held sway. It was a period that welcomed the 'God is dead' philosophy.

"Experiencing a drug-free high was my goal, the Oregon resident said. I remember being initiated by a Greek yoga master who practiced an eclectic blend of Christianity and Eastern philosophy." A theological disagreement led to his departure from that yoga master, but his thirst for knowledge never abated.

Hines was introduced to an Eastern-based mystical organisation called Surat Shabd Yoga, translated, 'Union with the Essence of the Absolute Being.'

Like most mystical philosophies, it promised direct experience with the divine. Soul travel demanded a disciplined, near ascetic life. "I used a mantra (a sacred word that is repeated mentally), that was given to me when I was initiated by Sri Charan Singh. I meditated on a daily basis, sometimes up to two hours on a given sitting," Hines confided. He also went to India on spiritual retreats.

But the much-touted inner experiences: the sounds and lights of God eluded him.

"Losing faith in any spiritual group does not happen instantaneously. It's a process," he continued. "When my breaking point was near, I remember asking my guru to show me a sign, something tangible to convince me that I was on the true path. But it never happened, at least not in a dramatic sense. I may have had subtle experiences, but how do I know if it's authentic or just the brain or my mind at work?"

Drawing parallels to Christianity that upholds the divinity of Jesus, Hines conceded that he, like tens of thousands of members in his Eastern faith, believed that his guru was God incarnate; God in flesh.

Unrestricted by space and time, any supplication to the guru is supposedly answered. But Guru Singh proved spiritually remote from Hines, as he was physically.

"Leaving the group was traumatic. After all, I spent half of my life speaking, conducting seminars and workshops, writing for the organisation. I was a well known figure."

He recalled the years steeped in his faith. He exercised sexual prudence, refrained from alcohol, and adopted the mannerisms of his guru.

Much of Hines' validation came from the group. It took on the trappings of a close-knit family. This was a bonding that was difficult to replace.

This alienation might have spurred Hines to establish the Church of the Churchless, an online blog and forum, where members can share their feelings of disillusion with religious movements. It has since attracted thousands of visitors daily.

"Writing is cathartic and very therapeutic so the concept of having an interactive community sharing their past and exploring new ideas about life and its purpose is rewarding."

Today, Hines, author of the philosophical, Life is Fair: The Law of Cause and Effect, Plotinus' Guide to God Realisation, and God's Whisper; Creation's Thunder: Echoes of Reality of The New Physics, has adopted an agnostic stance. Interestingly, he also calls himself an atheist, finding little meaningful difference between the two viewpoints.

In fact, his expressions were not dissimilar to those of 17th century philosopher Baruch Spinoza, who said that faith completely stifles the power of judgement between the true and the false.

Hines advanced that the religious experience is subjective. "What is truth?" he asked. "Whatever you believe should never be forced on another person. What right do we have to expect others to embrace what we believe?"

Hines discussed probabilities; that life after death cannot be proven. He now prefers to live in the moment, enjoying all that life has to offer. This is where he parted ways with Christianity and Eastern beliefs.

He also concluded that religion promotes pride and hubris; a feeling of exceptionalism; of being different and special.

"I remember telling myself how privileged I was to have this special knowledge that few people had."

He became regimented and doctrinal. "It is so different now. I am part of nature and part of everything. I am no more special than you. To believe that you are distinct from everything is an illusion and the source of our problems."

Hines has received angry, disparaging mails since he broke ranks with Surat Shabd Yoga. He has been called a loser and a quitter, but he has not swerved from his new path, dedicating his resources to the increasingly popular 'Church of the Churchless'. He understands the uproar over his departure, he said, given that Indian societies are based on a hierarchical system that is revered and seldom challenged.

After a tormentous start on his own, he is more balanced and enjoying the things in life he had rejected. He practices Qigong and Tai Chi Quan known for their physical benefits. Interestingly, though, they give him a feeling of spiritual independence that he never thought possible.

"I live in the here and now. Who, in all honesty, can vouch for the afterlife?"

- Dr Glenville Ashby is president of Global Interfaith Council.Feedback: glenvilleashby@gmail.com or follow him on twitter@glenvilleashby