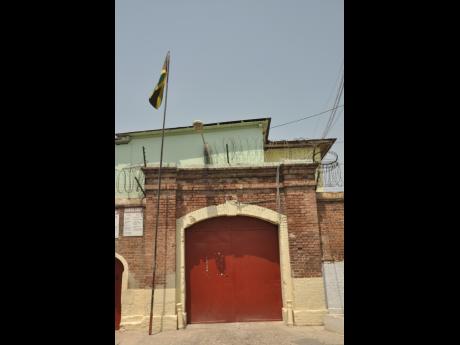 Jermaine Barnaby
The entrance to the St Catherine Adult Correctional Centre in Spanish Town where some British prisoners have severed their time.

British nationals travelling to Jamaica for fun in the sun are repeatedly getting caught trying to leave the island with illegal drugs, causing growing concern at the British High Commission in St Andrew.

According to figures obtained by The Sunday Gleaner through the Access to Information Act, between 2012 and 2014, British nationals represented just under 40 per cent of the 176 foreigners in Jamaican prisons.

This was the highest number of any of the 31 foreign nationalities serving time in prisons in Jamaica.

With the majority of these serving sentences on drug charges, the high commission is making pleas to British nationals concerning drug trafficking.

"At the end of March 2015, there were 26 British nationals in prisons in Jamaica. We are concerned about the number of British nationals incarcerated, and our travel advice warns people of the consequences of trafficking narcotics," the high commission said in response to questions from The Sunday Gleaner.

"The Foreign Commonwealth Office has run campaigns to warn about the dangers and consequences of attempting to smuggle drugs overseas," added the high commission as it noted that despite the warnings, it still tries to assist Britons arrested while visiting Jamaica.

"We make contact with new arrest cases as soon as possible after we have been notified of arrest. We also keep in contact with the police, courts, and lawyers on outcomes of the trial and will visit with the person again on their transfer to prison if they are convicted. We currently visit the majority of our prisoners every three months."

The high number of Britons in Jamaican prisons mirrors what is happening in that country, where Jamaicans are the third-largest group of nationals in prisons.

The British Government has sought to address this by offering to send home Jamaicans convicted of some crimes to complete their sentences here.

British Prime Minister David Cameron has also indicated that his government would be willing to fund the building of prisons in the island to facilitate the return of Jamaican prisoners, but this has been rejected by local authorities.