Bunting says murder spike just a 'bump in the road' 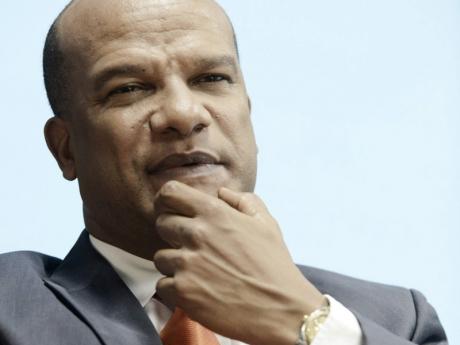 Bunting ... We are concerned but not panicking

The current upsurge in murders across the island was last night likened to a "bump in the road" by National Security Minister Peter Bunting, who told residents at a town hall meeting in Montego Bay, St James, that he is confident that the government’s crime-fighting strategies will be successful.

"We are off to a rocky start in 2015 but it should be noted that we have had a 40 per cent decrease in major crimes over the past five years," said Bunting, at a People’s National Party (PNP) Face2Face public forum at the Montego Bay Community College.

READ: 18 per cent jump in murders since the start of the year

"What is happening now could be called a bump in the road, but we are seeking to return to the trend (of reduction) of recent times."

Referring specifically to St James, which has seen more than 60 murders since the start of the year, Bunting said he was assured that Senior Superintendent Steve McGregor and the team of six highly-trained officers sent to the parish six weeks ago to address the crime problem, will get the desired results.

"We are concerned but not panicking," said Bunting. "We are moving to strengthen the police high command in St. James."

Bunting identified the breakdown of the family structure, the number of informal communities, their attendant problems and cultural issues like entertainers glorifying criminality as major factors driving crime in St James.

Quizzed about the need for closed-circuit television (CCTV) cameras in downtown Montego Bay, which has witnessed numerous violent incidents in recent times, Bunting said it has been in the heart of the city since 2013 but there might be a need for more.

"I am not sure whether it is a good or bad thing that some of you did not know about it," said Bunting. "The scope now exists for more so we are inviting the private sector in to help us to expand."