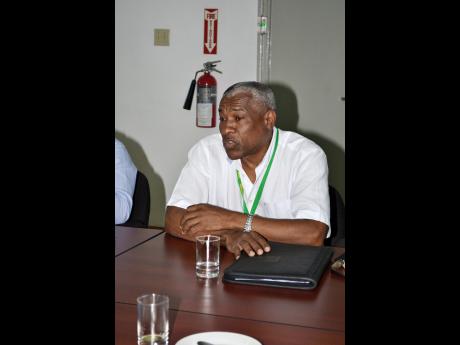 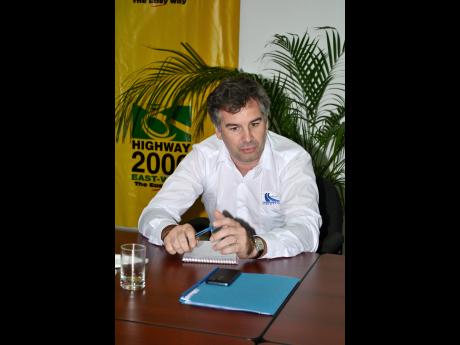 Since its construction, the Mandela Highway to May Pen leg of Highway 2000 has been plagued by theft that has caused the TransJamaica Highway (TJH) Limited and Jamaican Infrastructure Operator Ltd (JIO) to shell out in excess of US$1 million to replace stolen solar lighting parts. This does not include road signs, telephone cable, fencing material and other vital equipment meant for the use of the public.

This disclosure was made by Guillaume Allain, managing director of TransJamaica Highway, in a meeting between executives of TJH and JIO and members of the media at the Portmore Toll Plaza office complex last Friday.

"All of the corrective measures we have so far taken to make the highway environmentally friendly and sustainable have been done as a result of crime," Allain said. So it has forced the TJH-JIO to take measures that will be long-lasting. But on the good side, the persistent theft has forced the two companies to replace the stolen equipment with parts that have a more permanent shelf life.

These revelations were confirmed when, during a subsequent tour of the highway, journalists saw some of the damage done as well as the measures that had been implemented to stop the criminals from destroying the vital public amenity.

- Signage along the sidewalks and verges.

- Cable and telephone handsets that were there for emergency use.

Other problems include accidents caused by animals and people who access the highway illegally after sections of the fence were stolen. We saw one man crawling on his knees to make an illegal crossing under the aluminium median separating the highway. The companies had to erect a high fence on top of the concrete median there to prevent the illegal use.

To solve the problem of theft of fence posts, TJH-JIO begun by replacing them with wooden posts which have no resale value to the scrap metal trade. They have now designed a concrete post which is more resistant to removal as it will be cemented into the ground. They have also started to colour-code the chain-link fencing for easy recognition in the event of theft.

"Every year, we lose at least some three kilometres of fencing and since this January, we have already lost 1.6 kilometres of fencing, " said Desmond Levy, operations and maintenance manager, told The Gleaner. But the team remains undaunted. Stolen solar panels have now been replaced and to prevent thieves from climbing the posts, there are circular bands of sharp protruding spikes to deter future attempts to climb them.