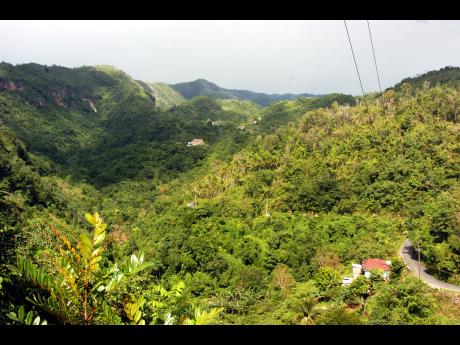 File
A section of the Cockpit Country in Trelawny.

With growing public pressure for a Cabinet decision on a boundary for the biodiversity-rich Cockpit Country, government stakeholders are attempting to first arrive at a consensus among themselves.

To facilitate that, the first in a series of meetings on the issue was held last Friday, with another scheduled for yesterday, The Gleaner has learnt.

Among those participating in the discussions are the Jamaica Bauxite Institute; the Forestry Department; the Ministry of Water, Land, Environment, and Climate Change; the Mines and Geology Division; and the Water Resources Authority.

A decision on a boundary for the Cockpit Country has been several years in the making, with at least one study done, public consultations undertaken, and reports filed to inform the process.

Then, two weeks ago, environmental interests unearthed what appeared to be bauxite-mining operations within the area of their recommended boundary and raised a hue and cry, giving urgency to the need for a government decision on the matter.

"The reason this process has taken so long is that even within government, it has not been easy coming to this consensus because it involves a give and take," Julian Robinson, state minister in the Ministry for Science, Technology, Energy, and Mining, told The Gleaner from Canada last Thursday.

"And if we rule out certain activities, what is going to be the replacement economic activity for some of those persons who live within the area? Those are issues that have to be examined in making a final determination on what the Cockpit Country boundary should be," the junior minister said further.

In play are six boundaries - each of which has been given a dollar-value relative to the bauxite industry.

- the Cockpit Country Stakeholders' Group boundary that takes in St Ann, St Elizabeth, St James, and Trelawny, and which would deny access to some 300 million tons of bauxite or US$9 billion.

- the Maroon boundary, comprised of Trelawny and St Elizabeth and which would amount to US$3 billion or 100 million tons of bauxite lost;

- the Forestry Reserve boundary that would cause a loss of US$450 million, or 15 million tons of bauxite; and

Meanwhile, civil society stakeholders working in environment are not to join the ongoing government discussions.

"Once there is some consensus within government, then there would have to be some engagement with the broader stakeholders once government decides," Robinson said.