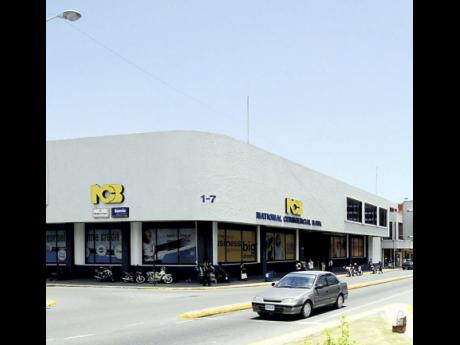 A Westmoreland busi-nessman who turned up at the National Commercial Bank (NCB) to collect the principal and interest on a fixed deposit he had made 13 year earlier was shocked to hear that he had withdrawn the money.

However, George Walpole Morgan says neither he nor his daughter, Dr RenÈe Morgan, whose names are on the account, had encashed the certificate of deposit.

He said that in November 2010 he went to the Knutsford Boulevard branch of the bank where he had lodged his money and he was told that the certificate was encashed by him,

The bank conducted an investigation into the matter and on May 20, 2011 advised the Morgans that the deposit in question had a maturity date of January 28, 1998 but was closed on November 18, 1997.

Morgan took the matter to the Supreme Court in 2011 for a determination to be made on the issue. The parties agreed that the two issues for the court's determination were whether the certificate was encashed and if not, the interest to which the claimants would be entitled.

Justice Kirk Anderson heard the matter and ruled in favour of the Morgans. The judge ruled that the Morgans did not encash the certificate of deposit and it was his view that the bank made a mistake.

Attorney-at-law Garth Lyttle, who represented the Morgans, said the bank in its defence was contending that the action was statute-barred. He pointed out that had the bank been successful on that ground then it would have confiscated the money.

Lyttle said the Banking Act states that if accounts are dormant for 15 years or more, the law does not bestow any right on a bank to expropriate the monies in such an account.

He said it was the Government that could lay claim to such sums when depositors or persons related to the depositors cannot be found.

Lyttle had argued that the interest rate payable to the Morgans was 17 per cent on the principal from the time of deposit until the time of payment .

NCB, in its defence, claimed that based on its books and records the deposit account was closed on November 18, 1997 and the money paid out to the claimants. The bank denied that the claimants were entitled to the principal and interest on the certificate of deposit.

However, the bank stated if the court found that the claimants were entitled to the money, then the 17 per cent interest rate was not applicable beyond the 90-day period which ended on January 28, 1998.

Attorney-at-law Kevin Powell, instructed by Michael Hylton, QC, appeared for the bank and submitted that if interest were to be applied to the principal, it should be applied using the current rate applicable to certificates of a similar tenure. He pointed out that interest on deposits had been reduced significantly since the claimants made the deposit.

Powell asked the court to reject the claim that the bank was not entitled to change the interest rate without serving on the Morgans a notice saying it intended to do so. He argued that the expressed terms and conditions of the certificate of deposit specify exactly what should happen where the certificate was not renewed.

According to Powell, the terms were that "where no renewal instructions are received by maturity date, proceeds of deposit will be reinvested at the current rate to that facility".

It was argued by the defence that in the alternative, if the court were minded to rule on liability in favour of the claimants, any award for payment should be limited to $3,835,530.78 plus interest at the bank's interest rate.

Justice Anderson upheld the legal arguments presented by Powell in relation to interest. Judgment was entered for the claimants on special damages of $3,850,000 with interest of three per cent from November 14, 2011 to May 6, 2015. The judge ordered that the parties must bear their own legal costs.