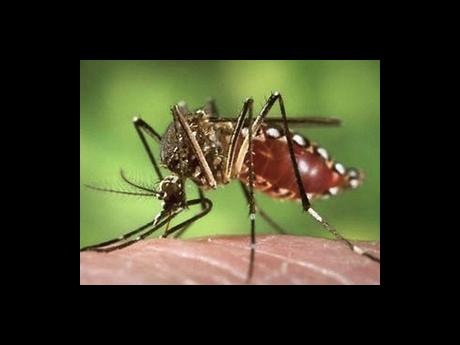 Permanent Secretary in the Ministry of Health, Dr Kevin Harvey says will stop the arrival of the Zika virus in Jamaica.

Permanent Secretary in the Ministry of Health, Dr Kevin Harvey says it is inevitable for the Zika virus popularly known as ZIKV to reach Jamaican shores.

The virus is spread by the aedis aegypti mosquito.

The first case of the virus in the Caribbean was detected yesterday in the Dominican Republic.

Harvey says the Health Ministry has been monitoring the case there.

He says representatives from the Pan American Health Organization have informed the ministry that the case is suspected to be ZIKV, but has not been confirmed by laboratory tests.

The Permanent Secretary says the ministry is continuing to enhance its vector control response to reduce the mosquito population.

He says persons also have a responsibility to reduce mosquito breeding sites.

However, he notes that it is unlikely this will stop the arrival of the virus in Jamaica.

Meanwhile, Harvey says he believes the government is better prepared to handle ZIKV.

The government was heavily criticised last year after the introduction of the Chikungunya Virus to the island.

Thousands of Jamaicans came down with the virus and the health sector was largely unprepared to handle the cases.

According to the Permanent Secretary, this time public awareness is higher and major training workshops have been running with Senior physicians.