NSWMA to clean up major towns 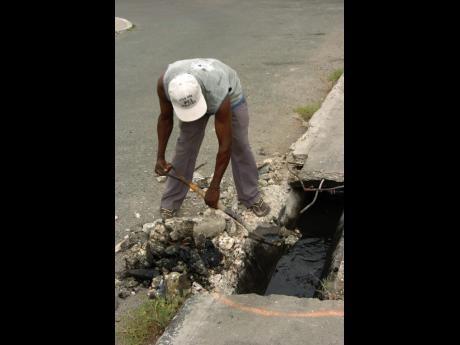 File
A man cleans a drain in his community.

The interim Executive Director of the National Solid Waste Management Agency (NSWMA), Colonel Daniel Pryce, has announced that the agency will soon be embarking on a clean-up initiative in major towns across the island.

In a press conference on Tuesday at the Office of the Prime Minister, Pryce encouraged the private sector and government agencies to join with the NSWMA to carry out the clean-up exercise.

"If we can work together, and harness the resources that we have between the NSWMA, NWA (National Works Agency), Jamaica Fire Brigade, Jamaica Constabulary Force, Jamaica Defence Force, private sector and private citizens; if we can come together we can do significant work to clean up the filth that we all see around us in gullies and in drains," Pryce said.

The initiative is part of plans to decrease mosquito breeding across the country. According to NSWMA chairman, Dennis Chung, the decrease would be based primarily on individual action. One group has partnered with the NSWMA to clean up its community. Citizens of Beverly Hills in St Andrew, last weekend, partnered with the agency to clean up their community in an effort to reduce mosquito breeding.

Pryce is encouraging residents in other communities challenged by mosquito breeding to work with the NSWMA to tackle the problem.