Rosetta Steer - Championing the Cause for Houshold Workers in Jamaica 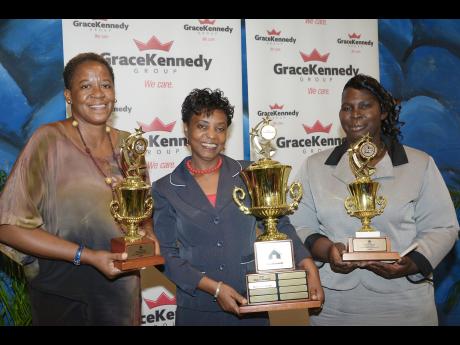 Historically, the work done by domestic helpers has been considered lowly, and these nannies, housekeepers, caregivers and cleaners have been excluded from the protection of almost all major labour legislation.

However, for Rosetta Steer, this year's winner of the GraceKennedy/Heather Little-White Household Worker Award, despite the stigma associated with the profession, domestic workers continue to play a vital role in the well-being and economic structure of the society.

"I have worked with several households over the years, and I consider myself one of the lucky ones to have been associated with very good employers," Steer told The Gleaner.

According to the International Trade Union Confederation, despite their importance in the workforce, domestic workers suffer routine negligence and some of the worst abuses endured by any other category of workers.

"Some persons believe that housework is not considered as work. They do not recognise it as an important part of society; however, they are wrong because household workers are the backbone of any household. Imagine if a household worker decides to stay home for a few days, how would that family cope during that time?" Steer said.

Steer also believes that household workers need to also conduct themselves in a professional manner in order to gain the respect they truly deserve. "I always say when you are selling something, you must package it properly. Household workers must endeavour to conduct themselves in a professional manner on and off the job," she said.

"It can be difficult at times because of the long hours, and sometimes you have to rush out early in the mornings to be at work on time. however, you have to create a schedule and manage your time properly," she added.

Up from 4:45 a.m. daily, Steer jogs, tends to her plants and sometimes prepares her meals, including dinner, before heading to work. She is also the caregiver for her granddaughter, is an active member of the Waterford Baptist Church, a member of the Women's Federation, and assistant secretary to the Usher Board. As a member of the Jamaica Household Workers' Union, although not on the executive, she actively participates in a number of its activities.

The GraceKennedy/Heather Little-White Household Worker Award was inaugurated last year. Steer copped the award from a field of 120 nominees islandwide and hopes this will inspire others to excel. Second place went to Jasmin Miller, while Charmaine Smith rounded out the top three.