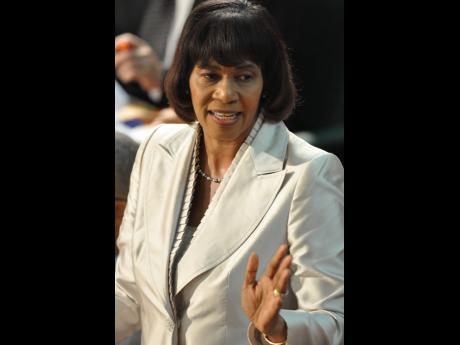 File
Prime Minister Portia Simpson Miller says there is need for more patience and understanding from Jamaicans in order to achieve sustainable economic and social gains.

She made the assertion on Thursday during her opening remarks at a meeting of the multi-sector Partnership for Jamaica Council.

Public sector unions and the government are at a stand-off in their negotiations to settle on a wage deal for the 2015- 2017 period.

The unions have rejected the latest offer but the government is insisting any further increases could derail Jamaica's economic reforms under its programme with the International Monetary Fund (IMF).

The Prime Minister says all persons and groups in Jamaica have to make up their minds and choose what makes sense at this critical point.

She says there is need for more patience and understanding from Jamaicans in order to achieve sustainable economic and social gains.

Simpson Miller is questioning the wisdom of making decisions that could result in past sacrifices amounting to nothing.

The Prime Minister adds that every sector has to agree to protect the improvements over the past two-and-a-half to three years, and create an environment for accelerating growth and employment in the short and medium term.

Under the economic reform programme, Jamaica has so far successfully passed eight consecutive performance assessments by the IMF Board.

Jamaica has also had average GDP growth of approximately one per cent over the period.