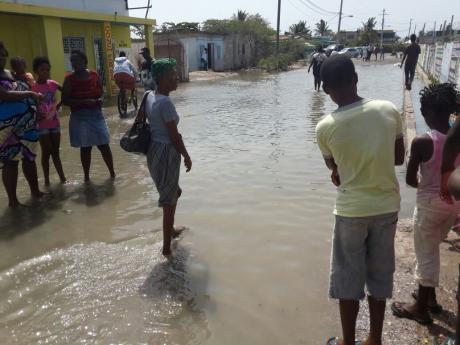 Councillor for the Rocky Point Division, Winston Maragh ... '25 per cent of Rocky Point is currently flooded'. 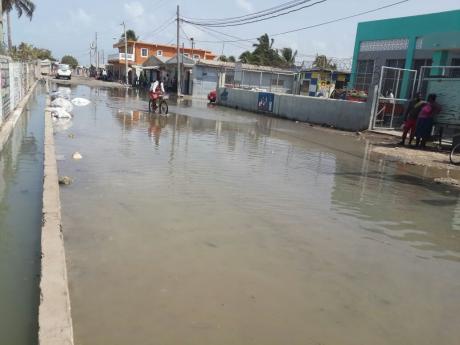 Maragh ... "Many persons have to park their vehicles in a yard on the hill and walk home, so it’s a serious problem," 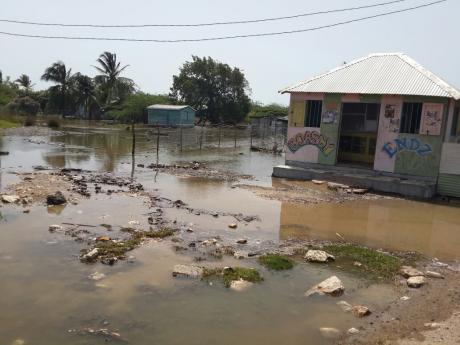 One fisherman is feared lost at sea after he braved the weather and went out last night.
1
2
3

Residents in Rocky Point, Clarendon, are now on edge as water from the sea has flooded the community.

This morning residents woke up to flooded streets and yards as high tides caused huge volumes of water to flood the entire Shearer Heights area.

One resident, who gave her name as Pedro, said the water started flooding houses sometime around 1 a.m. when it was extremely windy.

"A lot of people house flood out and nobody cannot leave them premises and go anywhere, you can’t get nowhere to walk. People furniture and appliances get damaged by the sea water. We are scared man, we can’t come out," she told The Gleaner.

She said the drains are flooded and the situation is getting worse each day.

The affected residents said they have been experiencing the effects of this high tide for the last six weeks and fisher folk have been unable to venture out to sea.

However, one fisherman is feared lost at sea after he braved the weather and went out last night.

Another boat left in search of him at daybreak.

Fishing equipment including huts and boats have also been damaged as a result of the strong winds.

Councillor for the Rocky Point Division, Winston Maragh, who visited the community this morning, said the main roads are inaccessible as they are flooded.

He added that a senior citizen’s home and a basic school are also severely affected by the flood waters.

"Many persons have to park their vehicles in a yard on the hill and walk home, so it’s a serious problem," he said.

Maragh said based on the assessments carried out, 25 per cent of Rocky Point is currently flooded.

He has suggested a temporary solution of covering the area with river shingle and marl to give residents access to their homes.

However, he said the National Works Agency says a sea wall may be needed to solve the problem on a more long-term basis.