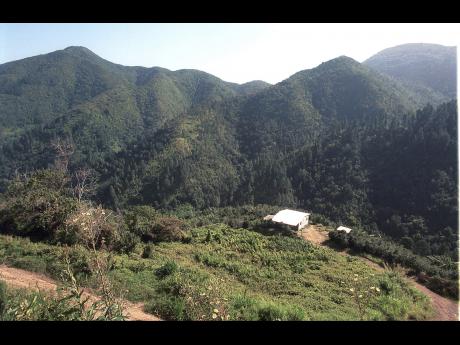 "AT THE moment, it hasn't quite sunk in yet. It all seems very surreal. This has just been such a long time in coming," Dr Susan Otuokon, executive director of the Jamaica Conservation Development Trust (JCDT), told The Gleaner via email from Bonn, Germany, on Friday. She was responding to the announcement by the United Nations Educational, Scientific and Cultural Organization (UNESCO) that the Blue and John Crow Mountains National Park had finally been added to its world heritage list.

For Dr Otuokon, a member of the Jamaican contingent participating in the 39th session of UNESCO's World Heritage Committee, which runs until Wednesday, it was a very personally gratifying and long overdue honour. Through the JCDT, which co-manages the park, she has been actively involved in the push for this global recognition, a process that began more than 10 years ago.

The reasoning then was that this would help to raise public awareness at the local and international levels about the importance of the park - which straddles the parishes of St Mary, Portland, St Thomas, and St Andrew - as part of the overall strategy to market it as a sustainable ecotourism destination. It was discussed and readily accepted at a board retreat in 2004.

Things took on greater significance a year later when Dr Ron van Oers, UNESCO's World Heritage Site Officer for the Latin American region, on his return to Jamaica, kept a promise to visit the park. Dr Otuokon recalls his sterling contribution to the process.

"Dr van Oers, who, unfortunately, did not live to see today, was instrumental in helping us access funds to prepare the first nomination dossier. This was considered at the World Heritage Committee meeting in 2011, but the nomination was deferred to allow us to do additional work regarding the boundaries, criteria, comparative analysis, and other components," she told The Gleaner.

Struggled to get support

Thereafter, the initiative struggled to get the requisite support from the Government of Jamaica, but eventually, in 2013, the Ministry of Youth and Culture came on board and revived the effort. It managed to access funding from the Tourism Enhancement Fund for the new nomination dossier and evaluation visit, and the dream was alive again.

"The evaluation in November 2014 saw significant input from a wide variety of stakeholders and this impressed the evaluators, as did their treks deep into the core of the forests of the Blue Mountains (which the previous evaluators had not done). We got very useful comments from the evaluators, and both independent evaluating bodies - the International Union for the Conservation of Nature, and the International Council on Monuments and Sites - requested supplementary information and met with us via Skype. The work over the last two years has been very intense, but I believe was well worth it," the environmental consultant said.

So Jamaica now joins the list of iconic sites, such as the Great Wall of China, the Pyramids of Giza Egypt, the Taj Mahal of India, Acropolis of Athens, Great Barrier Reef of Australia, as well as the Pitons in St Lucia. World Heritage status is given to natural and cultural sites across the globe that are considered to be of outstanding universal value, that is, they possess cultural and natural significance so exceptional as to transcend national boundaries and are of common importance for present and future generations.