Reward to be offered in Get The Guns Campaign - Commish 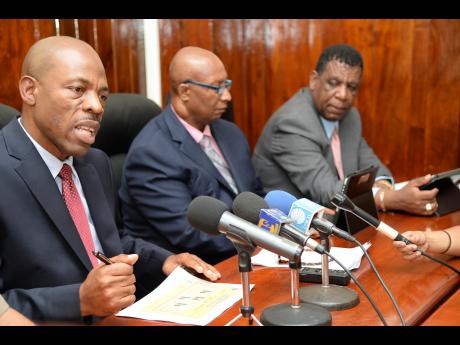 With the vast majority of the 602 persons murdered in Jamaica since the start of the year, Police Commissioner Dr Carl Williams is touting the Get The Guns Campaign; as an effective programme to put the lid on murder.

The Commissioner did not specify when the campaign would get underway but said it would be in short order.

Williams told a press conference today that a reward will be offered to members of the public who play pivotal roles in extricating guns out of the wrong hands.

He said the presence of crime-fighters on the streets will be intensified to get illegal weapons away from trigger-happy scoundrels.

Williams disclosed that another superintendent to assist Senior Superintendent Steve McGregor, will be injected into volatile St James, the parish that has recorded 102 of the 602 murders.

Another target of the crime-fighters, Williams said, is the guns-for-drugs trade in which 39 syndicates have been identified.

Williams said 80 per cent of the 602 murders were committed by the gun with 50 per cent having their genesis in gang feuds and another 10 per cent in domestic disputes.