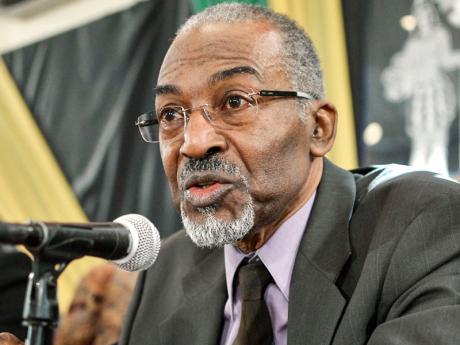 File Photo
Easton Douglas. The Office of the Contractor General cautioned Douglas to first apprise himself of actual facts before making public assertions to avoid any possible and unwarranted confusion, embarrassment or further action.

The Office of the Contractor General (OCG) has issued a warning to former government minister, Easton Douglas, after he used the print media to publicly criticise the office.

In its 2013 report released recently, the OCG said it had found that the Urban Development Corporation (UDC) improperly awarded a multimillion-dollar contract to a firm headed by Douglas.

On Sunday Douglas accused the OCG of falsely stating that his firm, Easton Douglas & Company, was awarded a contract for which it was paid an enormous sum based on a fabricated consultancy and friendship.

In his Sunday Gleaner article, he also defended the fees charged and said he found it strange that the OCG was only now reporting on the matter although the contract had been awarded in 2010 under the previous administration.

However, the OCG fired back yesterday saying that in an attempt to chastise the OCG, Douglas had attributed the words used by a complainant to the office as a pronouncement made by the OCG.

The OCG said Douglas would have realised this had he read the report himself.

In addition, the OCG explained that the matter was contained in the 2013 report because while the report was received in July 2010, the investigations were not completed until 2013.

The OCG cautioned Douglas to first apprise himself of actual facts before making public assertions to avoid any possible and unwarranted confusion, embarrassment or further action.