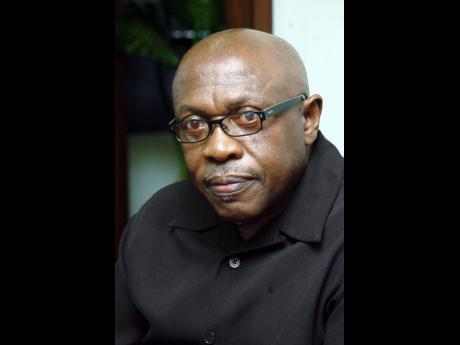 Hewitt worked with The Gleaner Company for almost 40 years as a junior clerk, a credit supervisor, a purchasing officer, a services manager, and a newsprint manager.

Outside of his regular duties, Hewitt played table tennis for the company in the Business House League. Also, the man who twice received the Officer of the Month Award served The Gleaner Provident Society with distinction for more than 25 years in various roles, including that of president. In 1984, he was elected to serve on the management committee of The Gleaner.

Hewitt left The Gleaner in 2009, but he continued to be associated with the media giant, attending the annual pensioners' luncheon and sharing each year in the carol service, the last one being in December 2014.

He made his transition from this world on June 29.

It was a few days from his 64th birthday, having been born on July 27, 1951, in Montego Bay, St James, to Irving and Myra Hewitt. The late father of five attended Darliston Primary School in Westmoreland, Cornwall College in St James, and the Jamaica Apostolic Bible Institute.

He was baptised churchman of Bethel United Church of Jesus Christ (Apostolic), 20 South Camp Road, Kingston 4. There, he served in various capacities including choir member, Sunday School teacher, head of the Young People's Department, assistant pastor for 35 years, and pastor for six years. He also played the piano and the trumpet.

The consecrated bishop was deputy island bishop for the Bethel United Church of Jesus Christ (Apostolic) since 2009, and taught at the Jamaica Apostolic Bible Institute.

For 40 years, he was presenter and speaker on the Voice of Holiness aired on RJR. The St Andrew justice of the peace, and marriage officer officiated at 950 weddings.

Hewitt was obviously a multifaceted man who made his mark in many endeavours of life. In 1977, he launched and served as editor for his church newsletter, which was eventually distributed islandwide and overseas.

He was a founding member of Project HELP and the Bethel Basic School, which he served in many capacities, including secretary, assistant chairman, chairman, corresponding sponsor to the Ministry of Education and board member. And in collaboration with a church programme he taught classes at JAMAL.

Hewitt was faithful to God to the end, as evidenced in a song he wrote and sang in March of this year.

A few words from the song are:

'I'll abide in His love,

'Til His face I see above;

There is blessing in my trials,

God is making someone special.'