Opposition says no parliamentary statement on crime is 'unacceptable' 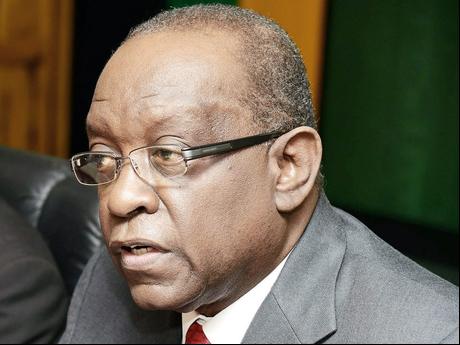 Derrick Smith ... 'Bunting’s absence should not have prevented a statement from being made on the government’s response to the crime situation.'

The parliamentary opposition says it is unacceptable that National Security Minister Peter Bunting has not updated the Parliament on what the Government is doing to address Jamaica’s crime situation.

Opposition Spokesperson on National Security, Derrick Smith, made the remarks in the House of Representatives this afternoon after it was revealed that there would be no statement from Bunting.

Following his query, he attempted to give a short speech criticising Bunting but he was blocked by the House Speaker Michael Peart who suggested that doing so would be in breach of regulations.

Meanwhile, Leader of Government Business in the Lower House, Phillip Paulwell, intervened and disclosed that Bunting is off the island.

He said a statement should be expected when the security minister returns.

However, a dissatisfied Smith argued that Bunting’s absence should not have prevented a statement from being made on the government’s response to the crime situation.

Yesterday, Police Commissioner Dr Carl Williams said Jamaica has recorded a 19 per cent increase in murders so far this year when compared to the similar period last year.

Six-hundred-and-two persons were murdered up to Sunday.