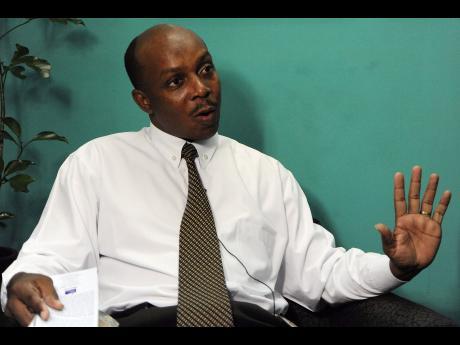 File Photo
Corporate Public Relations manager at the NWC, Charles Buchanan ... the new system is aimed at restoring equity in the supply of water to customers.

The National Water Commission (NWC) says the strict water supply schedule announced yesterday should ensure customers continue to have the commodity until the next rainy season.

Yesterday, the NWC said starting immediately, some residents of the Corporate Area would begin receiving water in their taps every other day.

Severe water restrictions have been implemented across Jamaica because of the reduced inflows caused mainly by the absence of the usual May and June rains.

The NWC had said without the restrictions, water in storage for the Corporate Area would last only 15 days.

NWC: Without restrictions water in storage facilities would last 15 days

Yesterday, Corporate Public Relations manager at the NWC, Charles Buchanan, told Beyond the Headlines on Radio Jamaica, that with the latest measure the supply should last until the rainy season begins.

Buchanan also explained that the new system was aimed at restoring equity in the supply of water to customers.

He noted that only some customers had been getting enough water in their pipes, but concentrating distribution in certain areas on particular days would ensure a better supply to all customers.

Customers served by the Hermitage/Constant Spring, Mona, Hope and Seaview water supply systems will be the most affected.

The NWC says some areas will continue to receive supplies daily but it did not state which areas.

The NWC says some of the more challenged areas in the Corporate Area will be served by trucks.