Be careful we don't turn into Greece - Shaw 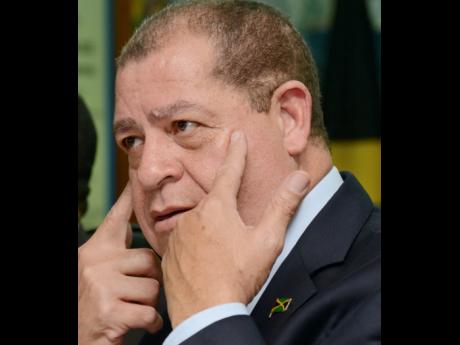 AUDLEY SHAW, the Opposition Spokesman on Finance, has warned of unwanted social and economic consequences for Jamaica should the Government fail to grow the economy and create conditions for employment.

The former finance minister, who was asked what lessons Jamaica should take from Greece, said the requirement by the IMF that Jamaica run at high primary balance while at the same time allow the dollar to devalue is inimical to growth.

"The high primary surplus of 7.5 per cent which severely restricts capital expenditure, combined with a 40 per cent reduction in the average Jamaican's purchasing power from devaluation, has cut consumer spending and keeps the economy in a constant state of recession or near-recession," Shaw said.

Greece, which was projected to run a primary surplus of 4.8 per cent this year, has been plunged into uncertainty after voters on Sunday said no to demands by creditors that the country endure more austerity to pay its debt.

wrath of the people

Shaw contended that the Jamaican Government has a responsibility to get it right or face the wrath of the people.

"There is already a considerable build-up of frustration in the society with people's incomes declining, stressing them out to make ends meet, including the simmering public sector wage issue," Shaw said.

He added: "Failure on the part of the Government to address these issues with urgency could lead to unwanted social and economic consequences, as are now evident in Greece."

"These deficiencies must be tackled with urgency and initiatives like the Junior Stock Exchange and reducing transfer taxes and stamp duties as well as a programmed reduction in income taxes and GCT - all being economic stimuli - must be a part of the solutions going forward," the Opposition spokesman said.