Briefing: Greece and Jamaica can learn from each other 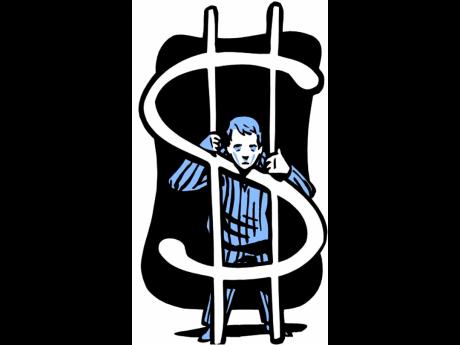 LIMPING ON the brink of a more extensive crisis, Greece stood firm on Sunday when the results of the referendum rejected further austerity measures in a new bailout package proposed by the International Monetary Fund (IMF) and other international creditors.

The results from the polls showed that 61 per cent of voters were not in support of the new bailout package, with only 39 per cent voting yes. Not inclined to suffer in order to satisfy international creditors, the Greeks celebrated the 'no' vote as a victory against oppressive austerity measures accompanying proposed bailout packages for decades.

What can Greece learn from Jamaica?

With their backs against the wall; no growth in GDP; increasing unemployment; lack of liquidity in the banking sector; low wages and high debt; Greece are adamant not to accept further conditionality stipulated by international creditors. Mark Weisbrot, co-director of the Centre for Economic Policy and Research, in an article published in the UK's The Guardian in 2011, explained the ill effects of austerity measures on the Jamaican economy and advised Greece to make a trade-off between satisfying foreign creditors and pursuing local growth initiatives. Although the mechanics of the debt situation in every country is different, international lending agencies always address the issue from the creditors' point of view.

In this case, every negotiation is concerned mainly with securing debt collection. According to Weisbrot, it is up to a responsible government to address the issue based on the needs of its country and its citizens. They must opt to secure local economic viability by analysing the long-term effects of austerity measures associated with bailout packages. Greece is a member of the European Union, which gives them more bargaining power than Jamaica.

What can Jamaica learn from Greece?

"Today we prove that even in the most difficult circumstances, democracy won't be blackmailed," said Greek Prime Minister Alexis Tsipras. Instead of making a unilateral decision to accept the austerity measure from the bailout package, the Greek government incorporated their citizens in the decision-making process via the first referendum in 40 years. And the citizens spoke, loud and clear. The Greeks are very proud people with a history of slavery similar to Jamaica, though not as severe. They understand oppression and realise that the world is engaged in a global economic war, where large countries use economics to maintain dominance over smaller countries through debt, undervalued currency, austerity measures and other conditionality. The situation in Jamaica is even worse because debt is serviced at a higher interest rate than Greece. In this case, Jamaica will forever be indebted to creditors no matter how hard its people work; they will never work hard enough to sustain themselves and pay off the debt at the same time.

Where is Jamaica at the moment?

The current state of the domestic economy is as a result of decades of inefficiency built up. Politics supersedes competence in every crevice and corner. Lawyers, doctors or semi-trained economist often find themselves making key economic decisions on behalf of the entire country. This has been ongoing for the last 50 years. The situation is pervasive across most agencies, it is so bad that even the people responsible for managing the collection of garbage have little training in the area, hired only because they support a particular position and/are loyal to the trap that successive governments have created and continue to facilitate unknowingly. As an economist, I would never attempt to fix a car engine, for example, or to give mechanical instructions as to how to go about fixing a broken vehicle because I am not trained to do so.

The world is changing; the war for global dominance is slowly shifting from physical gun war to a subtle global

economics. Every country must equip itself and apply sensible economics with an understanding of the difference between economic theory designed under the construct of first-world reality and practical economic applications which are country-specific. Knowledge and application are still the drivers of economic prosperity in developed and developing countries. Every country is positioning to compete in the global marketplace and Jamaica must do the same. If Jamaica continues to select personnel in key decision-making areas based on their loyalty to inefficiency or years of service, we will never escape this circular winding trap we have found ourselves in. The country needs 'economic engineers' responsible for a sustainability strategy, balancing microeconomic issues within the construct of the macroeconomy.

- Dr André Haughton is a lecturer in the Department of Economics on the Mona campus of the University of the West Indies. Follow him on twitter @DrAndreHaughton, or email: editorial@gleanerjm.com.