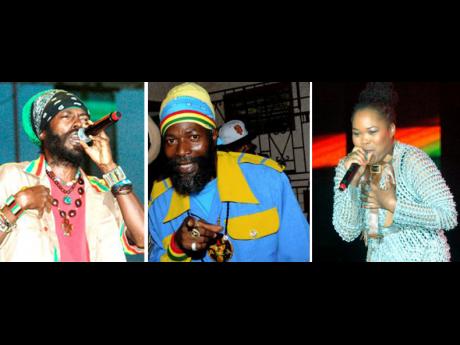 The organisers of a music festival in Canada are being pressured by their sponsors to axe three Jamaican artistes booked to perform, because of their alleged anti-gay songs.

Already, two sponsors, Hot 97 and 97.5 Cruz FM, have pulled out of the Edmonton Reggae Festival scheduled to take place on September five.

They say they will only participate if Queen Ifrica, Capleton and I-Wayne are dropped.

A report on the Canadian Broadcasting Corporation, CBC’s website quoted the two sponsors saying "the one rule we have here at both of our stations is we have zero tolerance for intolerance."

But it appears organisers will not budge.

According to the CBC report, president of the Edmonton Reggae Festival Society, John Fortuna said “all artists contracted for the festival have been briefed on the expectations”

Fortuna added that "organisers have a moral and a legal obligation to their patrons and sponsors."

In recent years, Jamaican artistes accused of using anti-gay lyrics have been forced from various international events because of pressure from sponsors and members of the gay community.

University of the West Indies lecturer, Dr Donna Hope-Marquis has argued that anti-gay lyrics and behaviour by Jamaican artistes have significantly declined in recent years.