Sherie Anderson - A stylist from birth 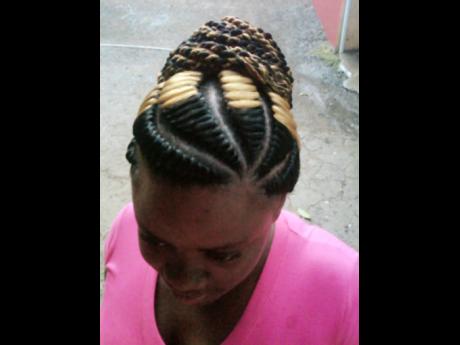 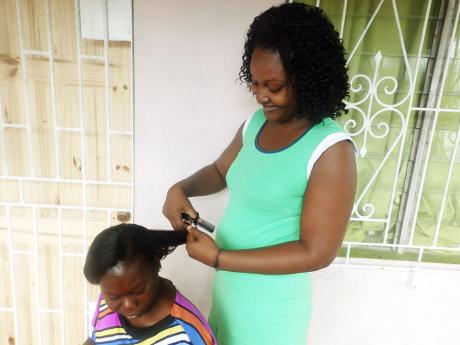 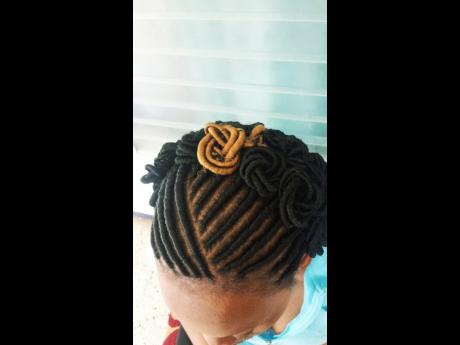 The mother of two has been grooming hair from as far back as infant school.

Famous for her many unique and well-done hairstyles, Anderson is remembered as a "quiet girl who's always in someone's hair."

"I can remember Shauna doing hair in the bathroom when we were at high school. Everybody wanted her to canerow dem hair," said Taleya McFarlene, a recipient of what she calls one of Anderson's 'bashy' hairstyles.

Now, operating from her veranda, Anderson told Rural Xpress that she has more than 50 clients, adding that the number keeps growing.

Like the baton in a quick race of the men's 4x100 metres relay, so is word of Anderson's expertise passed around.

"At first I wanted to be a bank manager, but as time went on I realised that I have a passion for hair, so I started putting most of my focus there," said Anderson.

Some of her most popular works include braids, sew-ins and one of the most recent trends, the faux locs. However, she says people are requesting the 'tree braid' style now more than anything else.

Some may think that working from home means that people are allowed ample time to bond with their families, but, in most cases, it's quite the contrary.

"Sometimes it's hard to spend time with my family, especially when there are bills to pay and demands to meet," Anderson said as she hugged her younger daughter.

She expressed that this is about to change.

"I've decided to set apart two days per week where I don't work. I will use this time to share with my family."

Anderson says she is now able to take some time off as "things aren't as bad as they used to be".

"Over the past year, I've been getting a good turnout where clients are concerned. Now I'm doing two to three customers daily," she continued.

With hopes of attracting more clients, Anderson is seeking to build a shop in Yallahs Bay. This will also help me to separate work from family time," she noted.

"The best thing about being a hairdresser is how proud you feel when you look at the finished product and it's a job well done," shared a delighted Anderson.

"I like when my customers are satisfied. Especially when persons greet you on the road with compliments expressing how much they admire the styles I've done," she continued.

According to Anderson, people should seek to find out their skills and maximise on them.

"Not everyone will be blessed with a good education and academic results. If there's something that you can do well, then go for it. And do not be discouraged by what others have to say. Believe in yourself and your gift," said Anderson.