Beverley Cooper-Chambers' testimony while on the rocky road 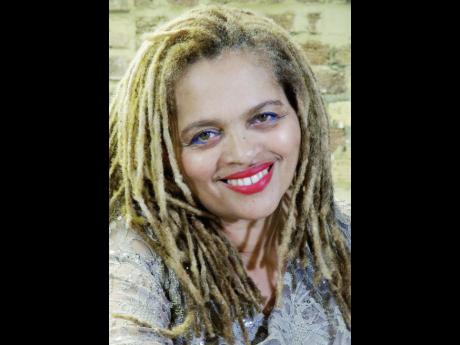 Beverley Cooper-Chambers enjoys a solid relationship with Jesus after a rough ride. She had to learn valuable life's lessons along the way. The most important: You can't control God!

Her love affair with God began when she attended a baptism at Maverley Gospel Hall at the invitation of her aunt. That visit awoke something that felt like "something was tormenting her soul".

"I could stand it no longer so I went to see Auntie Ruth, who simply said, 'I've been expecting you.' We started to talk and the next thing I knew we were kneeling down and I was saying the sinner's prayer. That date is forever etched in my memory - Wednesday, January 3, 1990," she told Family and Religion.

Cooper-Chambers thought it was fine to be a Christian on her terms.

"It took me forever to get baptised as I kept on messing up to such a degree that I would not want me in heaven much less God. Anyway, in November 1993, it happened. I sorted out my life, or so I thought, by marrying the father of my last child. What could possibly go wrong?"

"The first thing to go was my fabulous hospitality management job, next, my marriage, then my health," she said.

Cooper-Chambers became a filing clerk in Kingston, commuting from Boscobel to Kingston daily. After braving the torrential rains on Junction Road, she was late one morning. It was a crushing blow that her boss didn't believe her story and fired her. Distraught, she started to make her way home, but 'a still small voice' told her to go to a friend in New Kingston.

"We went to pick up her children at a nursery to take my mind off things. On the way back, as I approached the traffic lights on Trafalgar Road, her friend Babs said, 'Bev you are not applying the brakes properly, do you want me to drive?' The next thing I remember is waking up at University hospital," Cooper-Chambers related.

She had suffered a stroke and was "out of it" for 10 days. "My body didn't work and I had amnesia. I did not recognise anyone. I could not go home as I had no one to look after me, so I stayed with my mother-in-law," said Cooper-Chambers.

While recovering, Cooper-Chambers thanked God for the second chance she had got.

"I did not know at the time what road the Lord would take me on, but I figured that it was going to be a rocky one. Since that time, I have had to surrender an extremely stubborn will. I like to be in control, but with God, there is only one Master," she said.

Part of that new discovery was learning to forgive. Letting go of the anger, hurt, and disappointment and trusting God.

Soon Cooper-Chambers was doing what she really enjoyed being the editor of a Christian publication, Love Herald published by The Sunday Herald. She accepted that job without prior experience in the newspaper industry.

"I remember looking at the 24 blank template pages, spreading my hands on them and saying, 'Lord Jesus I need you now, I cannot do this alone.' Every week, for four years, He came through."

After Love Herald folded, Cooper-Chambers started a glossy Christian magazine called Testimony, which proved to be a financial challenge, but a spiritual success, but her health was failing. She decided to leave Jamaica. Ironically, her leaving meant shutting down the magazine just when they had enough advertising to turn the situation around.

"Leaving Jamaica was hard, but I was barely functioning on a blood count of 4-6 it was leave or die. I sat on the plane looking at a huge red sunset devoid of tears, I whispered to Jesus, 'I don't want to go', but I know I cannot stay," she said.

Now living in London, Cooper-Chambers completed her degree in film and media last year, graduating with honours. She is now under conviction by the Lord that the film industry needs more Christian films and television programmes. Cooper-Chambers established a Christian media house with a mandate to produce scripts for film and television, publications and events.