The church that O’Neil Miller built 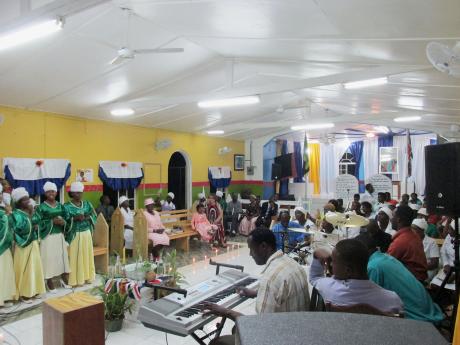 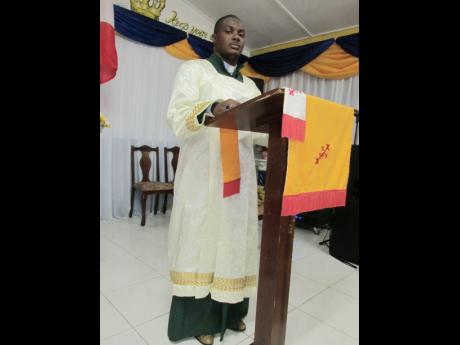 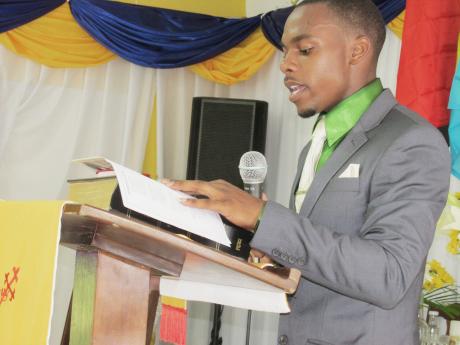 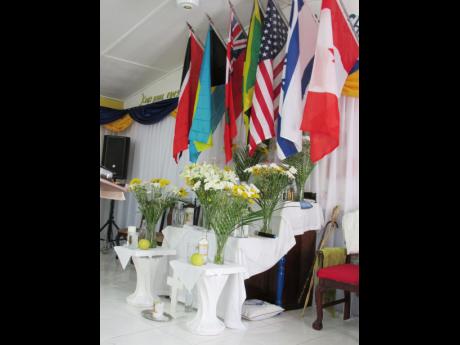 Paul Williams
Bishop O’Neil Miller of the Apostolic Sabbath Church at Golden Hill, St Andrew said people do not understand the symbolism of the Revival Church, and this is affecting the membership.
1
2
3
4

Last Sunday, in a ceremony that lasted more than five hours, Bishop O'Neil Miller, his congregation and well-wishers sang, danced, preached, and trumped as they celebrated the ninth anniversary of Bishop Miller's Apostolic Sabbath Church.

"It is my day!" Miller proclaimed throughout the course of the evening. And at the end, he sat down with Family and Religion to reflect on the early days and the challenges he has been encountering since then.

After acquiring the piece of land at Golden Hill, St Andrew, it was Miller's desire to build a church, but because he was operating independent of a bigger denomination, it wasn't easy to start, he said.

There was an unfinished building on the land and it was informally occupied. "I had to sell most of my personal possessions ... my motor cars ... my furniture," Miller recalled. But why did he go it alone? "Because I was told by God to build this sanctuary, and so I did," Miller said.

The very first service was held on a Wednesday in February 2006. Apart from Miller, only one other person was in attendance, a woman named Claudia Murray, who was also present on Sunday. She is no longer a member of Miller's congregation, which came close to losing their place of worship on several occasions.

Miller said the bank from which he borrowed money to help build the church attempted at least five times to have it sold. In addition to the financial turmoil, Miller said there was 'spiritual' attack on the church, and verbal abuse from some members of the community, to which he was a stranger.

There were other churches, which, he said, didn't welcome him, perhaps because of the unconventional nature of his church. He said his members are Apostolic Sabbath-keepers who observe the 10 Commandments. "We observe the life of Jesus Christ ... that he died for our sins ... He was the one who take the burden of our sins," Miller explained.

But Miller also regards the church as part of the Revival Movement operating under the '60 Order'. "Some say I am a cult worshipper ... and there were many criticisms at the time," he recalled. He was frustrated by the challenges, and in 2000, he put up the church for sale. "But we kept going still because no buyers whatsoever came," he told Family and Religion.

Yet, there are other reasons why Miller did not knock down the blocks and leave it all behind. "There are reasons, one is because God sent me here. Two, before my mother died, she said, 'Don't lose this place.' And so I just kept going, going, knowing that God would take care," Miller said.

He really wants to stay, but the congregation fluctuates. It is forever going into periods of growth and decline, and he is of the view that people who don't understand the nature and sensibilities of the church are maligning him, keeping prospective members away.

"The constant spiritual fight has caused the church to diminish dramatically," said the bishop, who has baptised more than 120 people. Many of them have disappeared. This is of concern to himself, Miller revealed. Yet, he believes that "God is still with us".

He said the turnout on Sunday was encouraging, nonetheless, and he's looking forward to the 10th anniversary despite the "fight". I want the church to continue to grow regardless of the challenges we are having," Bishop Miller said.