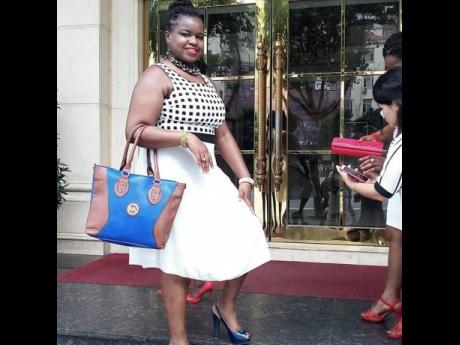 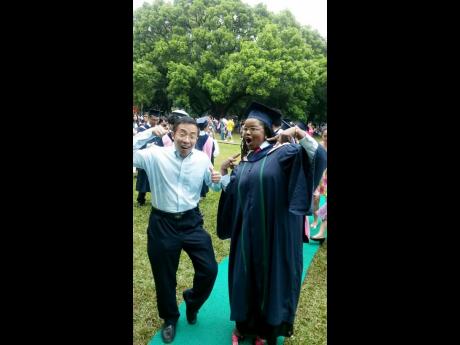 She was in the prime of her youth with a brilliant mind and an unparalleled willingness to become the greatest, but as the word 'keratoconus' fell from the lips of her doctor, her heart sank and she thought the hurdles on her road to success were becoming more evident.

After graduating high school, Tamika Peart decided to complete her 'A' Levels, but when she could no longer see what was written on the board, she knew something was wrong.

"I had to pause my studies due to my inability to see the board, or use the computer after I was diagnosed with keratoconus, a rare corneal defect that causes glasses to be useless in its advanced stage. I sat home for approximately one year - and these were rough times."

With suicidal thoughts and frequent moments of questioning God, Peart's spirit was lifted when members of her family decided to send her to Toronto, Canada, for corrective surgery. But she was in for another surprise.

"They thought only one eye was bad, but when Dr Rootman of Toronto Eye Surgery Centres did his preliminary checks, he realised both eyes were bad. And so, I started to panic because I knew my aunts could have only afforded one eye surgery. My Aunty Karlene and Aunty Pat constantly remained optimistic that even if they could not afford it, there were people willing to help. I started making calls and sending emails to the Jamaican community in Toronto who answered my call and assisted me by getting some Jamaican charity organisations to provide the funds."

Peart, who had a successful corneal transplant, regained her emotional strength to take on her academic pursuits. But another hurdle stood firmly in her way.

"I thought I had crossed the river and was in the clear, but my aunts had no money to pay my tuition. They were supportive nonetheless and offered me suggestions. I applied to the Gallimore Family Scholarship Foundation and was successful. However, when I went to register at the Northern Caribbean University in Mandeville, I was told the scholarship only covers 80 per cent and I would need to pay the remaining 20 per cent. I broke down because this was right after my landlord said I needed to pay a month's rent in advance to keep my apartment."

With a persistent spirit and the ultimate prize still in mind, Peart contacted the relevant entities and individuals for assistance and was able to fund her education up to its completion, graduating with bachelor's degree in criminal justice.

Moving on in faith

After graduation, Peart threw caution to the wind and moved to Kingston in a bid to finding greener pastures. She eventually got her breakthrough, but not before conquering her mountains.

"I learnt some hard lessons in life, as I was now expected to be independent, but was not in the capacity to do so, because I just could not find a job. I hopped from my cousin's apartment in Shortwood, to my uncle's house in Portmore, to my aunt's house in Patrick City, to my friend's apartment in Mona. After getting little projects here and there, I told my aunt I was moving out. Her response was, 'What will you use to pay the rent?' I told her something will emerge. Shortly after, I received a job as an administrative assistant, and in roughly two weeks, I met current Custos of Kingston and St Andrew, Mrs Donna Parchment-Brown, at the launch of the public education of the National Policy for Gender Equality. The following week, I started volunteering at the Dispute Resolution Foundation, and on day two, I was offered a job as the coordinator of the court, Commercial Mediation Arbitration Coordinator, where I worked for almost two years."

As times progressed, Peart's struggles increased but her outlook on her life made them easier to manage. Receiving a scholarship over a year ago to study at the Sun Yat-sen University in China, Peart recently graduated with her master's degree in public administration with plans to begin her doctoral studies in Rural Development in Beijing, China.

"I overcame my struggles by being human, in that I allowed myself to be fearful. I allowed myself to cry, but more so, I allowed myself to be pushed to the limit and to accept that what I can do in life. It is not so much me but the continued strength that God has given me to be of greater service to my family, community and country. I thank God everyday for my friends and supportive family and hope to contribute to policy and planning to improve the lives of the many Jamaicans, who like me, grew up in extreme hardship," she ended.