Breathwork: A personal journey toward self-healing 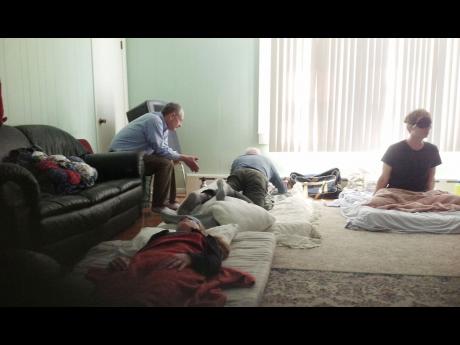 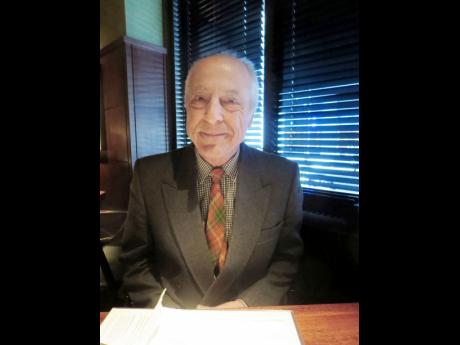 Sigmund Freud may have singled-handedly shaped Western psychology. Over time, though, his thesis on the subconscious has been discredited in some quarters, giving way to more innovative and comprehensive theories on human behaviour.

That we carry deeply embedded scars in the subconscious is widely accepted. We have locked them away, unwilling to deal with the pain of past experiences. Talk therapy can be a long, expensive option and may not free us from our psycho-emotional troubles.

What if there is a system that promises to make us whole, free from hate, distrust, depression, and aggression? I thought long and hard of that possibility. My search ended at the doorstep of Oliver Williams, a certified facilitator in Grof Breathwork, an alternative therapy that is reshaping the way we look at the mind.

Williams studied under Dr Stanislav Grof, a psychiatrist who coined the term 'holotropic' (meaning, moving towards wholeness) to describe a form of spiritual healing that involves deep, rhythmic breathing against the backdrop of shamanic and orchestral music - all in a safe and open environment.

Although controversial, Grof Breathwork is emerging as a valid approach to treating mental problems caused by deep-seated emotional wounds. "We are all wounded, and this is the cause of many of our problems," argued Williams, one of the few certified Grof Breathwork instructors in New York City.

In an emotion-filled interview, Williams recalled a childhood that was defined by his mother, who died when he was two-months-old, and a war that ravished the conscience of humanity. Born in January 1945, when the last ugly scenes of World War II were played out, Williams seemed to have weathered the storm. Personal and national tragedies seemed behind him, having been raised and well schooled in a middle-class environment.

"It seemed that all was going well. Many believed that I never knew my mother, so the full trauma of her death should not adversely affect me. But that was not the case. There is a psychic connection between mother and an infant. It is a bond that defines you for the rest of your life," he said, as he recounted a sudden onset of anguish that left him withdrawn, immobile and in a foetal position for long periods of time.

"I was in locked down or survival mode." The full onslaught of his mother's death had surfaced.

Williams sought help and identified the cause of his anguish through Primal Therapy and Cognitive Behaviour Therapy. But with the introduction to Grof's Breathwork, he saw a much deeper and bigger picture of his inner wounds.

"I was moved and fascinated by Stanislav Grof's book, Beyond the Brain, and his level of work on the mind and consciousness studies."

Williams' commitment to research and helping others are unmatched. He became research director of the Association of Holotropic Breathing International, and is the founder of 'Re-becoming', an organisation that advances Grof Breathwork as an untapped modality with limitless potential for healing and creativity.

"Breathwork, as it is called in my practice, is unlike traditional psychiatric counselling," argued Williams. "You are not given a pill to quiet you, to mask the pain; you need to experience it. If not properly treated, inner torment manifests in the form of anger, violence, asocial or antisocial behaviour."

According to Williams, Breathwork allows the client to openly express his or her feelings in order to resolve inner conflicts. During the process, emotions vary but could range from agitation, crying and babbling, to screaming - all natural ways that our organism re-adjusts towards wholeness and balance.

Some have criticised Breathwork as potentially damaging to the psychologically vulnerable or those with psychiatric problems. While Williams acknowledged these reports, he said that no such case has ever been brought for his review. Further, he added that patients under psychiatric care might not benefit from Breathwork because their psycho-emotive state is suppressed by medications.

"Western medicine works against our natural healing mechanism," he explained. "Nothing can go wrong when Breathwork is performed in a safe and sacred place."

And there, as if on queue, I expressed my willingness to experience this revolutionary therapy. Williams welcomed the idea, but not before I studied the famous letter by Rainer Maria Rilke to a young poet, part of which read:

"We, however, are not prisoners. No traps or snares are set about us, and there is nothing which should intimidate or worry us.

"We have no reason to mistrust our world, for it is not against us. If it has terrors, they are our terrors; if it has abysses, those abysses belong to us; if dangers are at hand, we must try to love them. Perhaps everything that frightens us is, in its deepest essence, something helpless that wants help from us.

"We know little, but that we must trust in what is difficult is a certainty that will never abandon us; it is good to be solitary, for solitude is difficult; that something is difficult must be one more reason for us to do it."

The last paragraph still lives with me. After several conversations with Williams, he gained my trust, the most critical factor in this treatment.

Now there was neither concern nor apprehension. I was ready to experience the magic of Breathwork; an experience that proved cathartic, revelatory and enlightening.

In this three-hour long session I was asked to lie on a matted floor, with my head resting on a pillow. Using an eye mask to minimise sensory distraction, I was told to relax and consciously follow my breathing, as a way of connecting to the middle or emotional part of my brain.

I was advised to ignore all somatic or involuntary movement of my body as they represent emotional release. Ending the session prematurely was also an option. But I had all intentions of completing what I had begun.

My security was assured. I was in a safe environment, and Williams' role at this point was to protect my space and ensure that "the meeting with myself" was not compromised.

Then the shamanic sounds began, becoming louder by the minute. The session had begun in earnest. Effortlessly, I found myself breathing deeply to the rich, deep, and metred beats of African drums and hypnotic chants.

This enabled the inducement of a semi-trance state. Unlike the dream state that can be symbolic and incomprehensible, I was present and very much in the 'now'.

Indigenous beats transitioned to orchestral-type, symphonic sounds that were geared towards the emotional cortex of the brain.

"Every sound and nuance is deliberate and has been carefully selected and developed over time to alter states of awareness," said Williams.

With the change in sound, I experienced a sudden awakening, an acute alertness or sudden recall of an event in my past.

The loss of my mother in my teens was a recurring theme. I could not shake it - the images and emotions of that fateful day. Mindful of Oliver's words, "Go for the difficult", I allowed the visions to play out, realising the void I carried all these years.

The never-ending philosophical quest was my way of coping with loss. I never confronted my pain. Instead, I was running from it for years. It was beginning to make sense. Yes, I found ways to manage, to put a band-aid on that gaping wound, but at a price.

The emotional release under Breathwork was telling, but the real work had just begun. It is now taking time to adjust to these new spiritual lenses, to this new psychic transformation.

While Holotropic Breathwork may not be for everyone, it is an effective therapeutic modality. Yes, it can be psychologically messy and its profound spiritual tone can challenge the faint at heart. But if you surrender and allow the process to work, you would have garnered a profound insight into how best to mend the broken pieces of your life.

- Dr Ashby is the president of Global Interfaith Council. Send feedback to glenvilleashby@gmail.com or follow him on Twitter @glenvilleashby