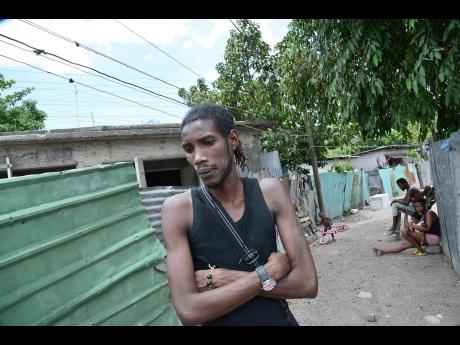 Rudolph Brown
Omar Francis: " Residents of New Haven are not so much anti-JPS but they face an unemployment problem." 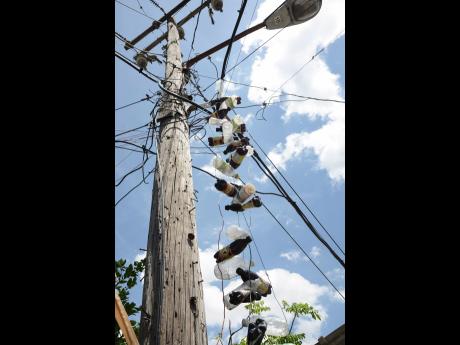 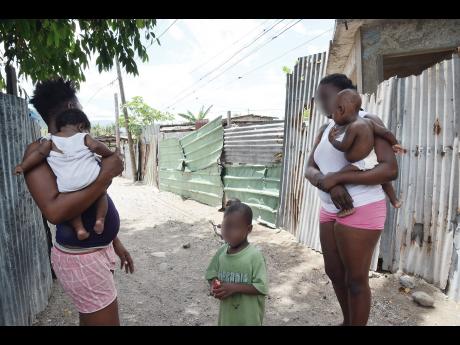 Rudolph Brown
Residents of New Haven take a break on the streets of the community.
1
2
3

Housing woes in several inner-city communities have forced scores of persons to live in board houses on premises which could ignite in a minute. Today, The Sunday Gleaner continues its series looking at some of those communities.

Whenever the Duhaney River overflows its banks, the lives of residents of the informal settlement of New Haven in St Andrew are placed at risk.

The danger comes not only from the mosquito-infested river which transforms the community into a mud pit, but also from illegal electricity connections that, along with the flood water, increase the chances of residents being electrocuted.

It is a reality which face almost every person who calls the zinc-fence laden community home. But without an actual incident from which to draw inferences, the danger remains only a fleeting thought in minds busy contemplating the next dinner.

"Me nah go tell no lie, is a serious thing. I think about it all the while, especially when you think about the baby dem," said Mellissa Kelly, a resident of the community and mother of a five-year-old son.

"But I only glad that most of the time when the river flood over, the light goes away. Otherwise, maybe you would hear that something happen already," added Kelly.

"It is dangerous but what can we do? We are poor people," offered a woman who identified herself only as 'Mrs T'.

She lives metres from the problematic Duhaney River and told our news team that six years ago, hard times and crime in August Town, St Andrew, drove her to New Haven where she now squats from premises to premises.

"You have to understand that is pure poor people live here. No work is not around here," she said, cognisant of the usual dangers that come with the hurricane season.

"In order for JPS (Jamaica Public Service Company) to wire your house, you have to have papers for your house and we don't have that because is pure capture land down here," argued Mrs T.

In sections of New Haven, each household makes its electrical connection to main supply wires on the outskirts of the informal settlement, creating a dangling canopy of wires over some lanes; while on the ground, the wires run alongside haphazard zinc fences and in water ways. Some illegal connections are even affixed to some of the zinc fences.

Inside the yards - which are tightly packed with the wooden houses, old furniture and debris - the wires meander through tree branches and along clothing lines.

Director of Corporate Communications at the JPS, Winsome Callum, has also rejected claims that residents in informal communities such as New Haven cannot be legally connected to the grid.

According to Callum, contrary to the residents' belief, the company allows for persons living in such informal settings to apply for regularised service through a conditional contract.

"What this conditional contract does is to allow them temporary access to the service and the caveat is that if the legitimate owner of the premises turns up and indicates that he or she owns the premises and we should disconnect, then JPS will immediately disconnect," said Callum.

She noted that the legitimate owner of the property could be either a private individual or the Government.

"So it doesn't prevent them from applying for the service. What would be an issue is the building of the infrastructure and the regularising of the community," said Callum.

But an educator in the community is not convinced that residents will take up the JPS' offer anytime soon.

According to the educator, for the residents to capitalise on JPS' offer they must first shake the anti-JPS culture that is being passed on to the children of the community.

"They (residents) are alright with it; they don't see the dangers of the light wires in the roads. All they know is that when JPS van come around here they shout and everybody pull down their wires. And when the van gone dem put it up back," said the educator.

"We try to teach the children that they should avoid them when they see them on the ground, but the children themselves know and hate the JPS vehicle.

"Even in class when they see the (JPS) van coming they will say 'miss light man a come pull off the wire'. These are just children, yet they know what they are saying," said the teacher as she pointed out that all 43 of her pupils, ages three to six are from the New Haven community.

But, Omar Francis, an aspiring reggae artiste, argued that the residents of New Haven are not so much anti-JPS, but they face an unemployment problem.

"Because people will work, but the money that them work can't take care of anything. If you work five grand ($5,000) and you have youth, is the youth dem own that. You might can't buy food for two days but that's it. So, yes, a 'tiefing light' and it not safe, but people have to live," he argued.