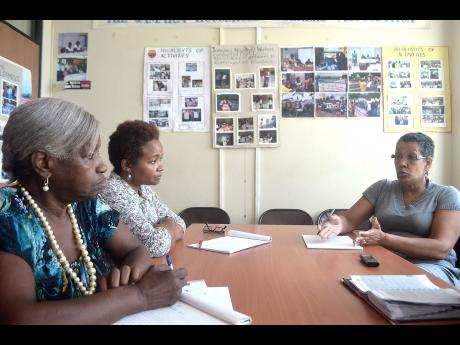 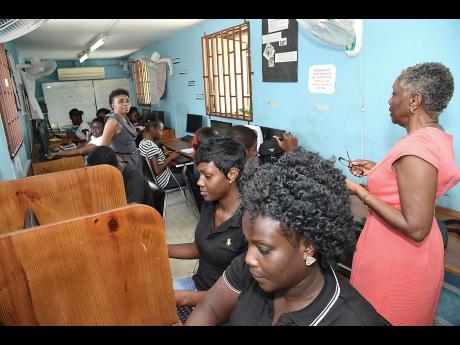 The tough economic climate is forcing a scale back in the operation of several non-governmental organisations established to provide support for women who are victims of spousal abuse, rape, incest, and other forms of abuse.

Among the victims is the internationally acclaimed Woman Incorporate, which was set up in 1984 to offer crisis counselling, referral services, and a 24-hour counselling hot line.

Already, Woman Inc has had to close its only shelter for women seeking to escape physical and other abuses at home.

"The shelter is just in dire need of repairs. In addition to that, it was really inadequate - the spacing is inadequate - and we couldn't handle the volume of calls we get for shelter," said Angela Hall-Ingram, outreach counsellor at Woman Inc.

"It is really a cause for concern, but when we think of the women having a crisis, we have to ask, 'Do we want to put them somewhere that is not going to make their situation any better?'" added Hall-Ingram, as she noted that the closure of the facility has brought much embarrassment to the organisation which, two decades ago, was flourishing from donations in cash and kind.

Now, Hall-Ingram, who holds responsibility over the shelter and the 24-hour hotline, says she is being forced to find excuses whenever individuals call asking to stay in the shelter.

According to Hall-Ingram, the decision to close was a difficult but inevitable one, as several options were explored before the shutters were finally pulled.

"If we don't have the funds to even patch a little bit of what needs to be repaired, then it means the building is just tumbling down faster. So the thought of having someone there and putting their lives at risk wasn't one that we were prepared to shoulder," she said.

"For one, it is prone to flooding, so we have to look at that. And we have had flooding when the shelter was full. We had persons piling on top of each other in ankle-deep water," added Hall-Ingram as she pointed out that the shelter's bathroom, kitchen and other areas are in serious need of repair.

The closure of the shelter, which could house up to 12 persons, is the latest in the cost-cutting measures employed by Woman Inc in recent times.

The NGO has also had to abandon its more spacious offices on Hagley Park Road in Kingston for a less-private space on Ellesmere Road, St Andrew.

"We are not getting the assistance as before. From the latter part of 2014, we have been getting some funding, but it is not enough," said treasurer Claudia Davis.

According to Davis, Woman Inc requires a minimum of $5 million to operate annually.

"We are getting it like donations every other month. So there is always a month in the back. So we just have to scale down what we do. We no longer have an administrator; we just have an admin assistant and a counsellor. We are operating on just enough for persons to walk in."

Like Woman Inc, the Women's Resource and Outreach Centre (WROC) is also struggling to stay afloat.

Two weeks ago, WROC had to discontinue two of its three weekly clinics as it responded to the challenge of securing local and international donors.

WROC operates on a budget of $400,000 monthly, with the money being used to pay utility bills, staff and the doctors at the clinic, who, although volunteer, are given a stipend for transportation expenses.

In recent times, making that budget has become increasingly difficult.

According to executive director of WROC, Dorothy Whyte, staff members are now going months without pay.

"We have had to close the family and pap smear clinics because we just could not afford it. We just could not do it on our own. So now we only have one clinic every first Wednesday," said Whyte.

She noted that the clinics have been running for some 17 years.

"We don't get funding from the Government. We write the proposals and get funding from the donor agencies," said Whyte as she listed the United States Agency for International Development, the European Union, the UN Women; The Culture, Health, Arts, Sports and Education (CHASE) Fund, and the Jamaica Social Investment Fund among the entities which have assisted in the past.

She said only two of the traditional sponsors are still with WROC, as the others have shifted their focus to education and sports, among other areas.

Whyte noted that even when donors are found, they usually give money to specific projects and not for the payment of staff or utility bills.

In the meantime, the once very vocal Women's Media Watch (WMW) has also found itself struggling to finance its operation, and administrative manager Judith Wedderburn said it has also been cutting back.

"Thankfully, we have not gotten to the stage of not offering the services yet. But when you get to the point where you can't even honour the commitment to your volunteers, it is very hard," added Wedderburn.