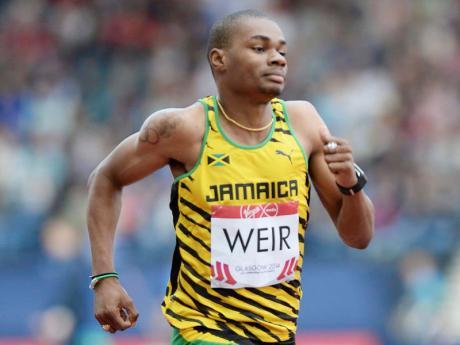 File Photo
Warren Weir... said his comments were "completely unacceptable" adding that he unreservedly apologises for "my momentary indiscretion, which we as humans often make".

Olympic medalist, Jamaican Warren Weir, has apologised for his derogatory Twitter comments seemingly directed at a female he called "fat".‎

Weir came under intense pressure on Twitter over the weekend after making two controversial posts.

"Tell your Fat friend link me for a track shoes and go workout," he said in his first post.

Then, he tweeted: "Lol (laugh out loud) at you talking like you wasn't my lil doggie who I told to jump and fetch, don't act new when you a THOT (a whore)".

‎He was harshly criticised for the comments, with some saying it was unbecoming of a national representative.  ‎

But in a subsequent post, Weir said sorry.‎ ‎

In his apology published after he deleted the tweets, Weir, said his comments were "completely unacceptable" adding that he unreservedly apologises for his "momentary indiscretion, which we as humans often make.

Weir won an unexpected bronze medal in the 200m at the London Olympic Games in 2012 and a year later won silver at the IAAF Senior World Championships in Russia. ‎

The Serge Island brand ambassador is expected to be named on Jamaica's squad for the upcoming IAAF World Championships in August in China.

Here are some of the comments under Weir's post:
‎
"Nkiruka Nwadima H ‏@kirubftw
Warren Weir is very immature....been seeing that for a while. And has a little mean streak. But then I'm a fat girl...so"‎

"damn it letty! ‏@LettzRock
Warren weir getting so much heat for his tweets...idk the full story but i don't see any hArm (sic)"

"Premium Goodaz * ‏@smiffyhautehair
@Uncle_Wil @twittatimes @Warren_Weir he isn't a 'kid'. He's a grown man representing an entire country of PROUD people. That apology is as pointless as deleting tweets"

"classic man ‏@ShyRonnie_RN
I'm not condoning the Warren Weir shade either. I just think he could have handled himself better."