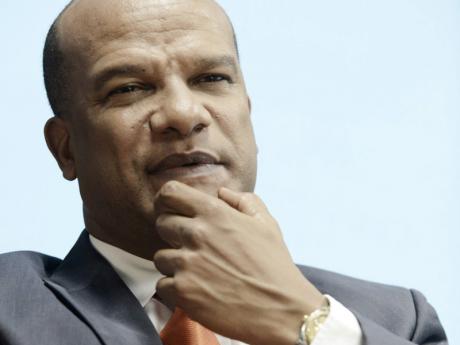 File Photo
Peter Bunting is expected to outline plans to address the situation in a statement in the House of Representatives this afternoon.

National Security Minister Peter Bunting is expected to outline to Jamaicans today, what steps are being taken to bring murders under control.

Up to yesterday, 629 people were murdered for 2015, a 19 per cent increase over the corresponding period last year.

Bunting is expected to outline plans to address the situation in a statement in the House of Representatives this afternoon.

The House is scheduled to meet at two o'clock.

The Opposition has been pressuring Bunting to tell the Parliament on what the government is doing to address the country's crime situation and especially the increase in murders.

However, on Sunday, Bunting likened some members of the JLP to vultures who gleefully see every loss of life as an opportunity to gain political mileage.

The Opposition hit back yesterday with its spokesperson on National Security, derrick Smith saying Bunting was engaged in a personal attack while Jamaicans are dying.

Last week, the Police Commissioner Dr Carl Williams hosted a press conference where he announced a new initiative to get illegal guns off the streets.

He also sought to assure Jamaicans that the police force was doing all it can to investigate and prevent crimes.