Footprints: Ervin Sinclair - He lived for his children 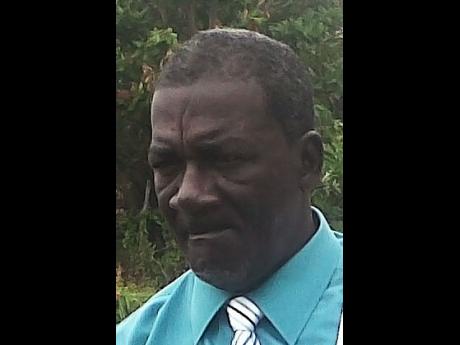 Ervin Emsley Sinclair - an introvert, loving husband and a doting dad. His loved ones called him 'Jazz' while some said 'Pirate' and other times it was 'Trevor' but despite the names he was still the same loving and caring person everyone remembers.

Ervin enjoyed watching and listening to cricket just as much as he enjoyed his favourite meal of pork and dumpling.

"If he came home and dinner wasn't ready in time, he would hiss his teeth, push up his mouth and go sit under the mango tree," his son, Oystian, remembered.

Ervin grew up in Alligator Pond, St Elizabeth, where he went to school in the community and then moved on to become a fisherman and then a mechanic.

Ervin had eight children - Blain, Courtney, Fredrick, Andrea, Oystian, Orayne, Sheray and Sherona who he loved and cared for deeply.

"We were his pride and joy- the apples and beams of his eyes," Oystian recounted.

"He had many sleepless nights and many restless days toiling on the seas, so that each and every one of us could go to school and have an education."

One relative, Sheree Sinclair, remembered his exact words in regards to his children's future as, "I am working very hard now to send them to school because I don't want them to work just as hard as I did when I was young".

Despite his hardship growing up as a child, Ervin spoiled his children with love and kindness.

After several searches for his soulmate, Ervin fell in love with Quvi Williams and seven years after their encounter they were married on his birthday.

In September 2009 Ervin suffered his first stroke and then in December 2011 his mom died.

"He was devastated as he remembered that she taught him to become the man he was," Oystian said.

Then it was his time. Ervin suffered another stroke and died on June 7 leaving his wife and his father to mourn his death. His eight grandchildren and two great grandchildren and his siblings Veronica, Rohan, Charmaine and Scott are among the others who are saddened by his departure.

Ervin Emsley Sinclair - strong headed and determined. May his soul rest in peace.